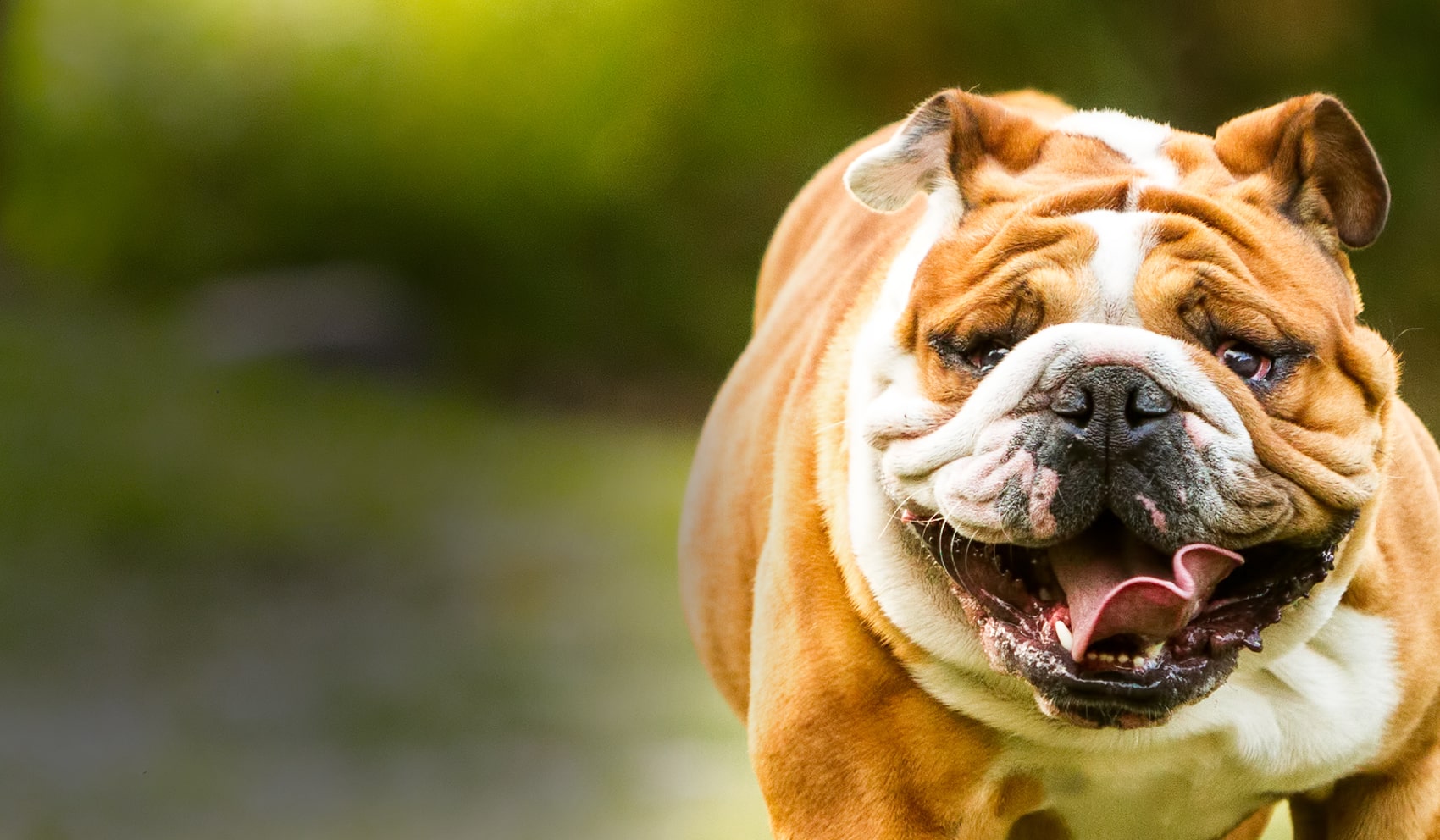 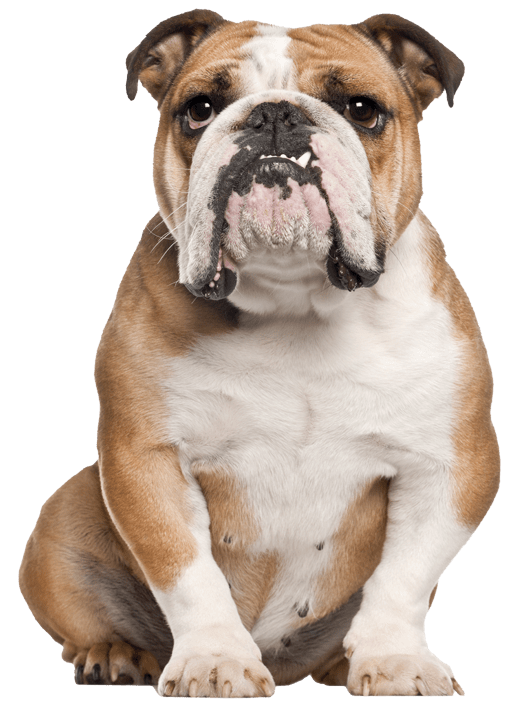 Burly, brave, and bright — Bulldogs are a force of nature to be reckoned with. Bred to take part in the rather bloody sport of bull-baiting, this breed has emerged to be one of the most courageous and loyal of all times. Needless to say, these dogs happen to be one of America’s most favored and well-loved family pets.

Curious to know more about the Bulldog dog breed? Today we take on a crazy ride of Bulldog discovery.

So, where did Bulldogs come from? Not from a very happy place!

History reveals unsavory facts about the breed that was deployed in fighting arenas to take on staked bulls. After all, bull baiting was a very popular sport in the 13th century and during King John’s rule, people took great joy in watching these animals fight each other to death.

Back then, the Bulldog dog breed was burly and had massive jaws, not quite the same as the ones we know today. These dogs descended from a line of Mastiffs. But the current breed evolved from this very same line of dogs, courtesy yet another grisly sport that substituted bull baiting once such blood sports were banned.

So, in the early 19th century, underground dog fights became all the rage. But this new sport necessitated a lighter, more nimble version of the “Bulldoges” from the 13th century. It was at this time that those hefty Bulldogs were crossbred with Terriers to create the Bulldogs of today.

The breed continued to suffer an ill fate as baiting died a slow but obvious death. In fact, because these dogs were only meant to rough it out in the fighting ring, they almost got extinct once the sport was no longer played!

Yet, thanks to a handful of dog lovers, these dogs survived and were slowly socialized. Over time, they evolved to become truly calm and affectionate companions.

With a jaunty face, deeply furrowed forehead, and thickset square muzzle, Bulldogs have a very unique countenance. They have small but perky ears with thick chops that hang on either side of their face. A Bulldog’s facial features give it the appearance of a very smug-faced gentleman, one who knows they’re no less than royalty and takes pride in it.

Bulldogs are very athletic and have muscular bodies covered in a short, smooth coat of fur. They can grow up to be anywhere between 14-15 inches in height. While the male of the species is heavier at 50 pounds, the female isn’t too far behind and charts in an impressive 40 pounds.

A healthy Bulldog that is well cared for can go on to live to 8-10 years although the breed suffers from a handful of health conditions. These dogs also face difficulties in giving birth to pups and therefore are not as abundant as other breeds like Labrador Retrievers, Beagles, etc.

In spite of having a bloody history, Bulldogs are rather dignified canines that show exemplary courage and affinity for peaceful association in social settings. They’re unbelievably courageous because of their infamous past and can often take on the role of a protector for their families.

Incredibly loyal, trusting, and playful — Bulldogs are down-to-earth creatures with the patience of a saint. That’s why they do well around children and also get along rather well with other pets.

These easygoing, even-tempered dogs are quite adaptable and low on maintenance. Because of these factors, the Bulldog dog breed makes for great pets for first-time pet owners.

They’re always gentle, very dedicated, and extremely tenacious by nature. Despite their unusual looks, Bulldogs are quite a riot and can act in a goofy manner to cheer their family up in bad times.

It won’t be too dramatic to say that Bulldogs are one of the suavest and most chivalrous of dogs known to us. Given where they came from, that indeed is a miracle, but a very good one at that.

But what should you feed your beloved Bulldog? They need premium-quality dog food to remain healthy and in the pink of their health. Because this breed already suffers from certain health complications, it is absolutely crucial to ensure a good diet for your Bulldog.

You can take your pick from commercially available dry kibble, canned food, homemade food to a raw diet. But make sure your vet approves of the food you’re feeding to your dog.

There’s also never enough reiterating the fact that table scraps do not bode well for your Bulldog’s health. The Bulldog dog breed is also notorious for overeating, so you need to keep a tab on how much your pet is eating. Obesity in pets can be very detrimental to their health and wellbeing.

So, create a feeding schedule for your Bulldog and portion out the food you feed it. Stick to this routine.

Honestly speaking, because of their long history of abuse, Bulldogs aren’t the healthiest of the lot. Their physical stature, along with punched-in facial features makes it difficult for them to breathe well. They are highly susceptible to drowning in even shallow water bodies and experience multiple health complications, most of which arise from overbreeding.

Some of the issues that the Bulldog dog breed might suffer from include:

You need to be very careful about your Bulldog’s health and always keep a close watch on it. Apart from regular vet visits, a strict diet, and an exercise regimen, do consider periodic health tests to avoid a sudden onslaught of any ailment.

Definitely enroll in good insurance that can help you with treatment costs. Even the best of the breed inadvertently ends up getting some health issue or the other over time.

Because Bulldogs have short and smooth fur coats, combing it with a good quality brush 2-3 times a week is enough to keep its coat shiny and gorgeous.

However, the folds in their face and hanging chops need delicate care. Make sure to check for dirt accumulation, skin infections, or rashes. You can gently lift the folds and clean the insides with a mild hydrogen peroxide solution. Follow it up by dabbing some organic cornstarch to speed up drying the area.

Don’t forget to trim your Bulldog’s nails, brush its teeth, and follow a cleansing routine for its stubby ears.

Bathing your Bulldog every 30-40 days is enough unless your pet becomes very dirty and looks unkempt.

There are a few things that you should bear in mind when it comes to training your Bulldog. Because the breed is easy going by nature, your dog won’t be difficult to train. But this a dog that is protective of its territory and stubborn too, so you need to train it to be social from an early age.

Short training sessions based on positive reinforcement methods works best for Bulldogs. Don’t forget to keep some treats aside for these training sessions. Start early when your canine friend is still a puppy and you’ll be able to instill good habits in your pet.

As skateboarding champ Tillman proves, Bulldogs are eager to learn and you can teach them most things if you’re dedicated to the process.

Now let’s talk of exercising your Bulldog. It doesn’t need intense exercise on a daily basis, but a short walk every day when it’s not too hot outside will do wonders for its health. Otherwise, Bulldogs can tend be lazy and would love to cuddle you on a summer afternoon as you rest in your air-conditioned room.

Despite common perception, Bulldogs are mellow and docile when brought up well and therefore quite friendly by nature.

They’re not the smartest when compared to other dog breeds, but Bulldogs do show an affinity for pleasing their owners and therefore learning commands.

In spite of being a part of bull baiting in the past, the Bulldog dog breed is not aggressive by nature. They can be stubborn, but these dogs are usually quite calm and composed.

Are Bulldogs Affectionate by Nature?

Very much so! The breed has a heart of gold and loves to be loved. These dogs would cuddle up with you on the sofa or sneak in a few belly rubs when you’re least expecting it. They’re affectionate to their families, especially to children, and are capable of showing a whole lot of love.

Do Bulldogs Bark Too Much?

Although not a loud breed, you can still find your Bulldog wheezing or snorting because they’ve difficulty in breathing. These dogs do make some noises but they do not bark too much.

Bulldogs need a fair bit of healthcare, but on the whole, they do not need meticulous grooming, they do not shed excessively, and are therefore not very high maintenance. 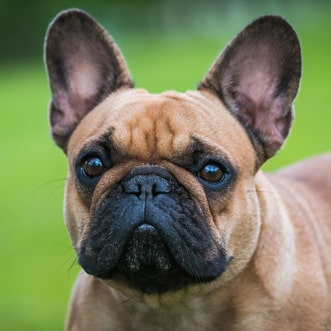 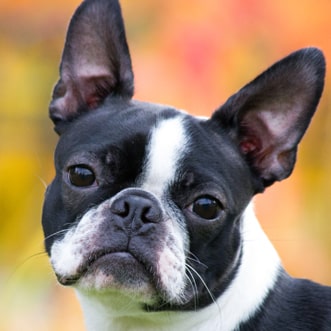 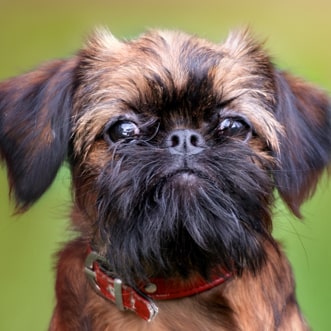 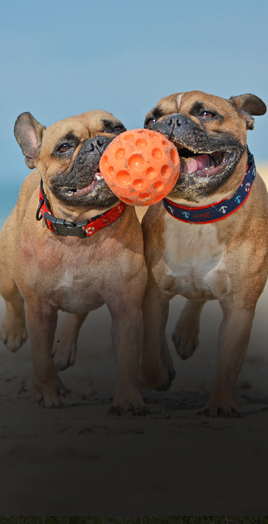 How to Identify a Purebred English Bulldog? 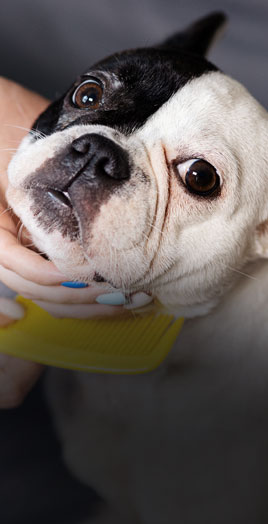 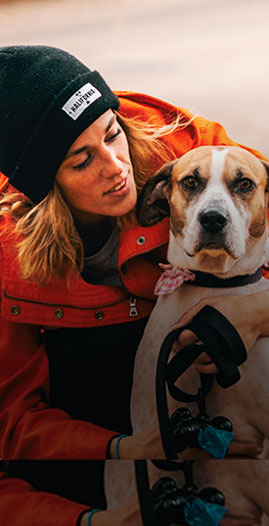 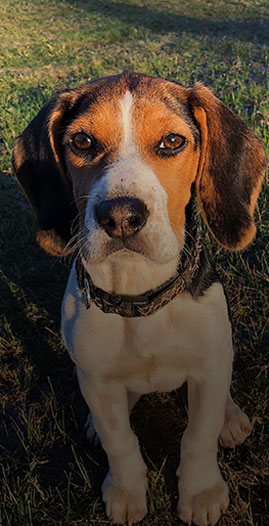 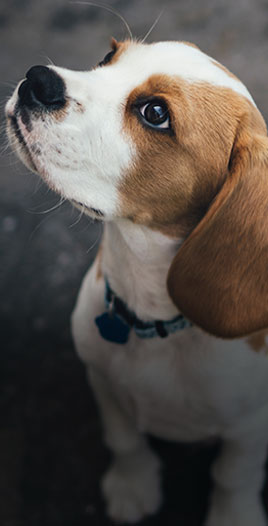