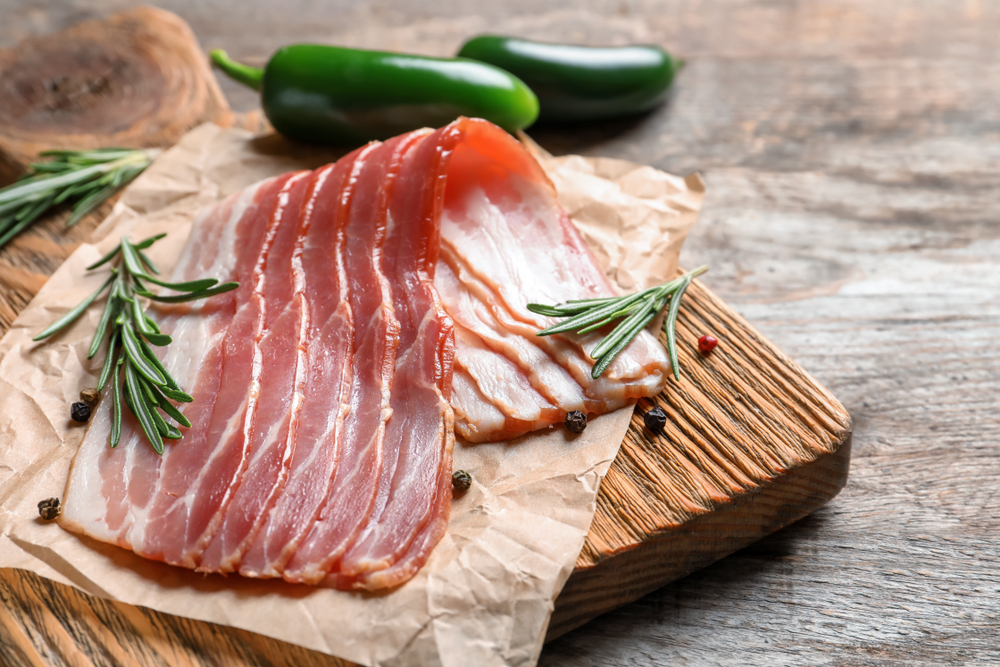 Too much bacon is bad for your dog and is linked to cancer and other illnesses. Its high sodium content poses a health risk. But if you would still like to give your dog a bit of bacon, do so in moderation.

If your dog suffers from a reaction after eating it, call your vet immediately and avoid bacon in the future. Avoid bacon grease and raw bacon as they come with their own list of complications.

We, humans, love our bacon! The fact that Americans spent a staggering $4.9 billion on bacon in 2018 should tell you how much we do!

Bacon is such a yummy, crispy, smoky snack made from various cuts of pork. Best eaten moderately, it can be a good source of B-complex vitamins, minerals, and protein.

If it’s so good, can dogs eat bacon? It is okay to give your dog a piece of bacon as an occasional treat but no more! This is largely owing to the high salt content that can cause sodium ion poisoning.

Read on to know more about giving your dog bacon. 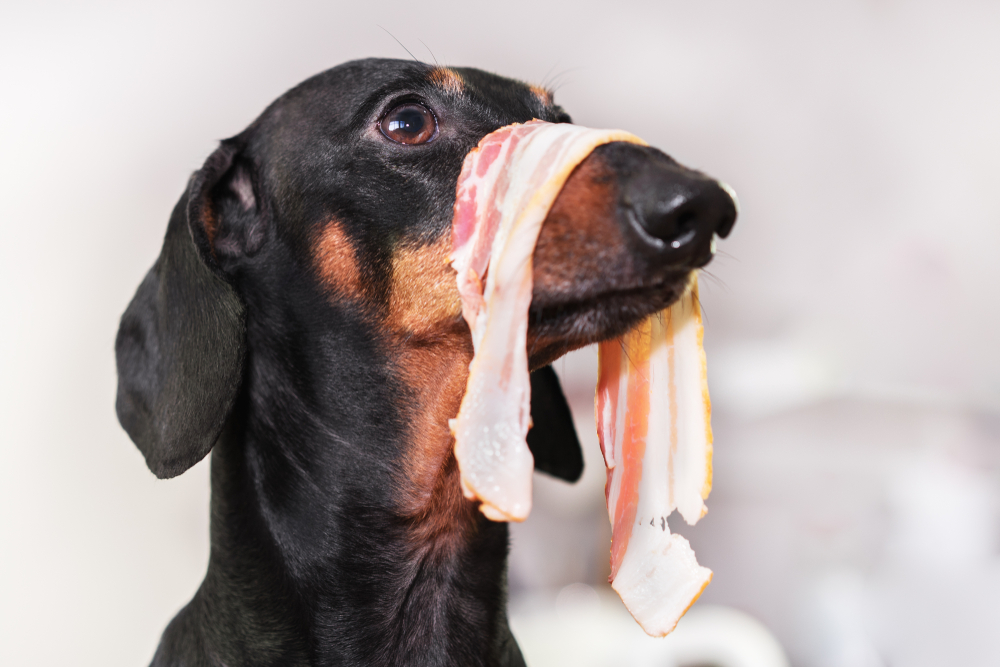 Can I Feed My Dog Bacon?

Dogs love meat and most dog food and treats contain meat such as chicken or beef. But if you ask us, “Can dogs eat bacon?”, the short and simple answer is no.

Now, if your dog salivates when it smells bacon or sees you eating it, you may be tempted to feed it some. But avoid doing so, as it can be seriously detrimental to your dog’s health.

Despite the few health benefits of bacon, it is a rich source of saturated fat and salt, both of which are terrible for your dog. These 2 components may make your bacon taste better, but your dog’s stomach won’t take to bacon too kindly.

Bacon also contains sodium nitrite, which is used as a preserving agent and taste enhancer. When heated, this compound turns into nitrosamine, which can cause gastric cancer.

What happens if a dog eats bacon?

If you still end up feeding bacon to your dog, know that too much bacon in your dog’s diet is linked to obesity, pancreatitis, and heart diseases.

So it’s best for dogs to avoid it.

Dogs may also feel dehydrated after eating bacon due to its high sodium levels. This may cause your dog to drink a lot of water all at once, leading to bloating.

Can dogs eat a little bit of bacon?

If you feed bacon to your dog only as an occasional treat, it may not affect your dog’s health as much as excessive amounts of it would.

Just be mindful of what you feed your dog regularly and make sure that you add a lot of healthy ingredients to its daily meals.

Is Bacon Toxic for Dogs?

Excessive amounts of bacon in your dog’s diet are linked to cancer and other fatal diseases. But small amounts of it won’t really make a difference.

Some dogs, however, are sensitive to fatty foods and may vomit even after eating just a little bit of bacon. They may also suffer from diarrhea, pain, lethargy, or other symptoms. In such cases, call your vet immediately and avoid giving your dog bacon the next time around.

Also, remember to not leave around raw bacon in places that are easily accessible to your dog. If your dog snags even a small piece of raw bacon, it can result in trichinosis and other parasitic infections. 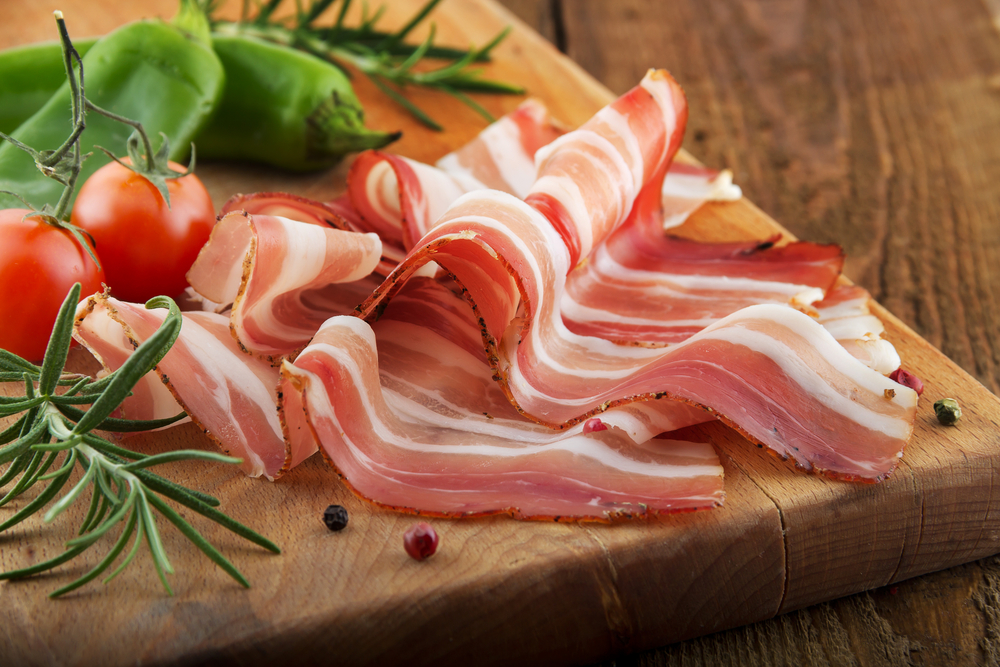 How Often Can Dogs Eat Bacon?

Now that we’ve told you that you can feed bacon to your dog as an occasional treat, you may be wondering, “How much bacon can I give my dog, and how often?”

In this case, “occasional” means once a month, but the amount of bacon that you can give your dog depends on its size.

If you have a small dog, you can give it about 1/8 to 1/4 of a strip of bacon, while medium-sized dogs can be given about half a strip. Large dogs can have 3/4 to 1 whole bacon strip. 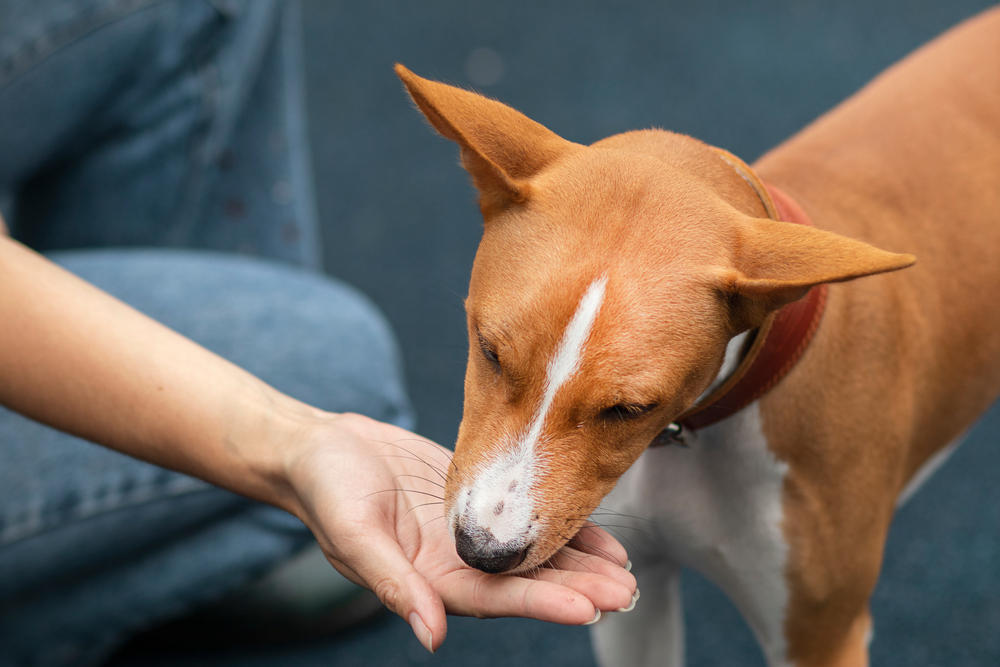 Can My Dog Eat Bacon Bits?

Can dogs eat bacon bits? Yes, they can but in small portions and occasionally.

As mentioned earlier, bacon contains fats, salt, and carcinogenic compounds that are bad for your dog’s health and can cause a host of illnesses. But if you restrict feeding bacon bits once a month, they can serve as a good treat for your pet. 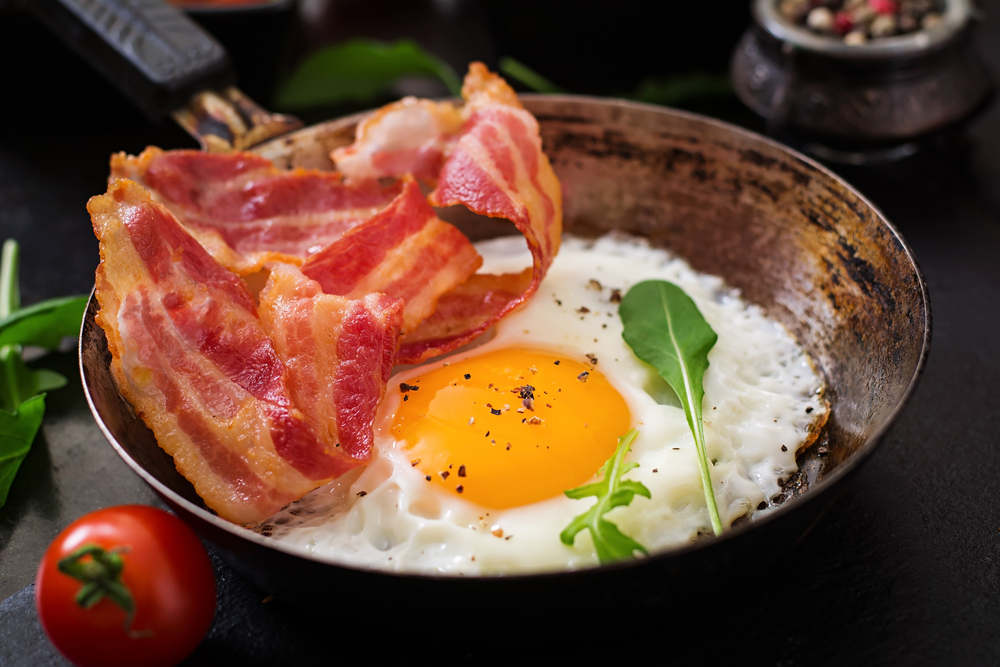 Is It OK for My Dog to Eat Bacon and Eggs?

If you’re making bacon and eggs for breakfast and are wondering, “Can dogs eat bacon and eggs?”, they can but in moderation. Bacon in large amounts is bad for your dog.

When giving eggs to your dog, make sure that you cook them well. Don’t use additives like salt, spices, seasoning, oil, or butter, as they are not healthy for your pet.

Can My Dog Eat Bacon Grease?

Can dogs eat bacon grease? No, they shouldn’t.

Just like bacon, bacon grease contains a whole lot of unhealthy fats and salts that are too heavy for your dog’s stomach to handle.

If your dog lapped up a pan of bacon grease, there are chances that it may suffer from lethargy, diarrhea, vomiting, dehydration, or appetite loss. If you see such symptoms, call your veterinarian.

Eating a lot of bacon grease for prolonged periods may also cause sodium poisoning, obesity, and inflammation of the pancreas in dogs.

However, the occasional lick or two of bacon grease won’t cause harm to your dog.

Can dogs eat bacon? It would be best not to. But if you would still like to feed your pet some bacon, do so once a month, and don’t give it more than what is recommended above.

If it suffers from health issues after eating bacon, call your vet and make sure that your dog gets immediate medical attention.

You can supplement your dog’s meal with other meats like chicken or beef that are healthier for them.

We hope that we’ve helped you resolve your query about giving bacon to dogs. If you liked this article, share your thoughts in the comments below!

How to Make a Training Schedule for Your Dog? 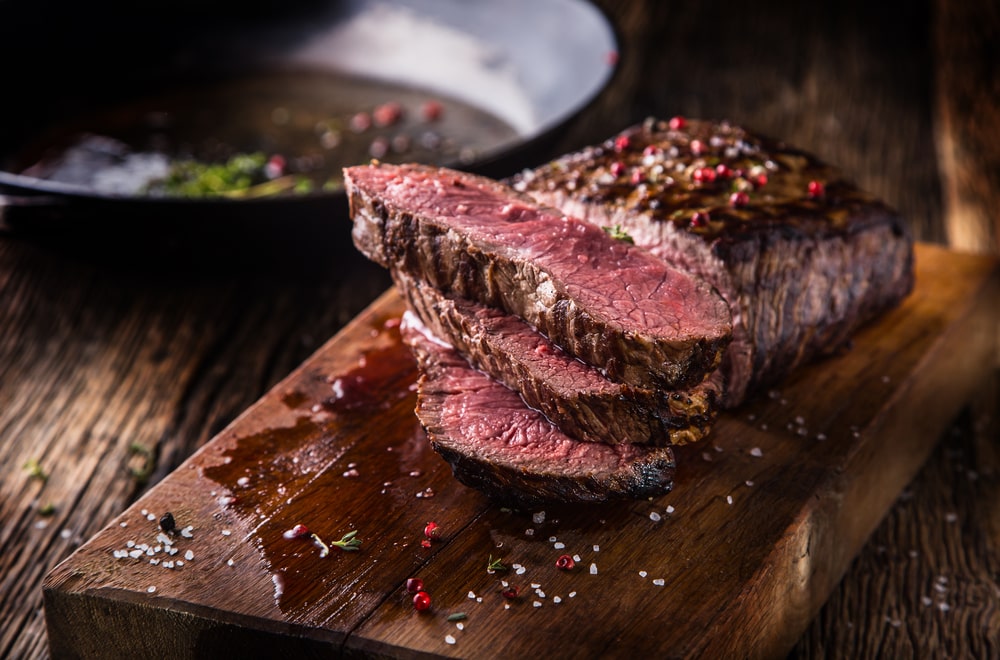 Can My Dog Eat Beef? 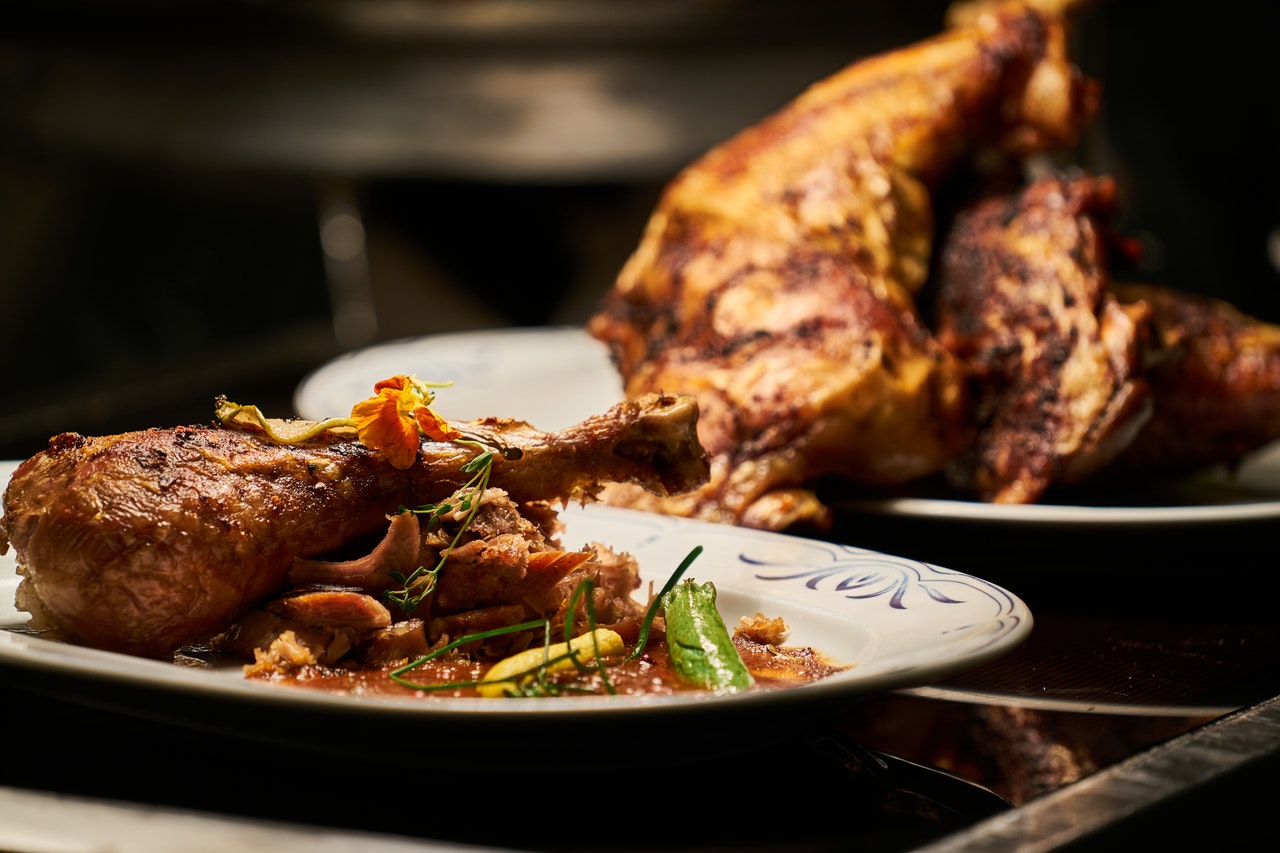 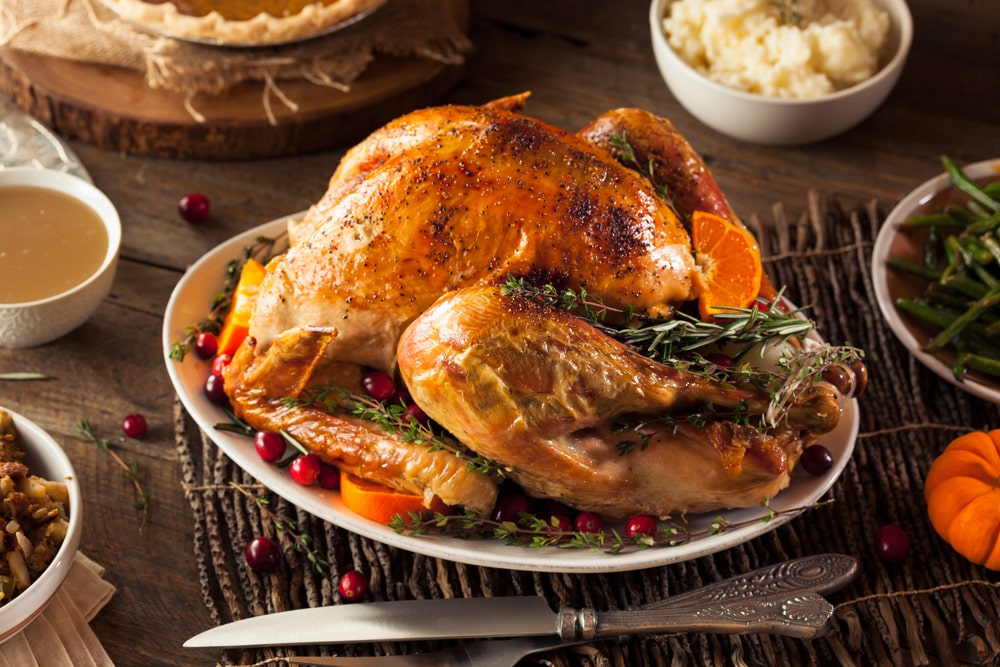 Can My Dog Eat Turkey?