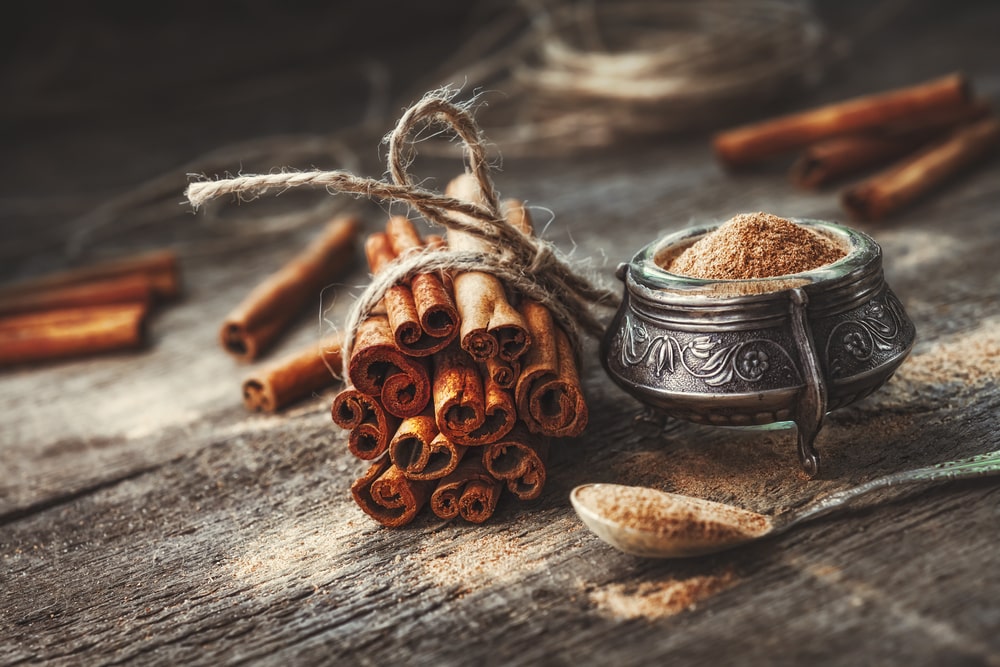 Can My Dog Eat Cinnamon?

It's normal to worry about your dog eating food items that might potentially be harmful. You have to be very mindful about what your dog eats for its health and well-being.

So what about cinnamon? Can dogs eat this spice? Read this article to find out.

Do you find yourself with a dog begging for scones? Perhaps you’ve even found him sneaking into the spice rack, and wondered, can my dog eat cinnamon?

There are a few spices like nutmeg, which are harmful to dogs. Hence, it’s best to know if cinnamon falls under the toxic category or not. 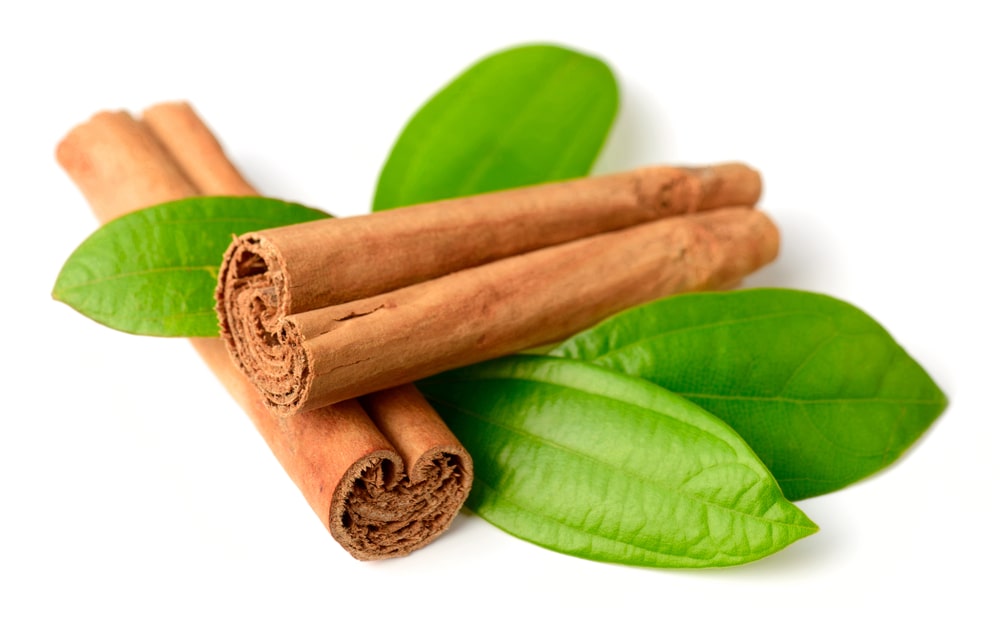 Yes, cinnamon is safe for your dog. Your dog won’t suffer from toxic effects if it consumes cinnamon.

However, it’s worth noting that cinnamon oils and cinnamon can produce digestive and skin irritation, particularly if consumed in huge quantities.

Cinnamon has many health benefits like anti-inflammatory properties. Can my dog eat cinnamon without getting sick? The answer is yes unless ingested in huge quantities. The major concern with feeding your pet cinnamon is that it will inhale it accidentally.

Keep in mind that inhaling powdered cinnamon could cause choking, irritation, and difficulty in breathing.

A sprinkle of cinnamon powder on your dog’s meal offers a range of medicinal benefits. Here’s a look at cinnamon benefits for dogs.

Cinnamon is an antioxidant-rich spice and protects against cell damage originating from environmental stresses and slows down cognitive aging.

The antioxidants also enhance brain function and improve memory and focus. This acts as a boon for aging dogs that might exhibit dementia symptoms.

Cinnamon can decrease inflammation and swelling in dogs with sore muscles, arthritis, and joint pain.

Dogs with allergies or those who experience yeast infections can benefit from cinnamon. It prevents the development of Salmonella, Candida Albicans, and Listeria.

In small doses, cinnamon can decrease insulin resistance and blood glucose levels. It slows sugar absorption in the bloodstream after meals with high carbohydrates. If your dog is diabetic, make sure you check with your vet before offering cinnamon.

Cinnamon enhances blood vessel dilation and blood flow in the coronary artery, which supplies blood to the heart. This results in healthy blood circulation.

Cinnamon lowers blood sugar levels by restricting the sugars that penetrate the stream after food consumption. Also, it can enhance insulin sensitivity, which helps diabetic pets with insulin resistance.

The next time you notice your dog has an upset stomach or serious digestive problem, cinnamon could soothe the side effects, including heartburn, nausea, and vomiting. 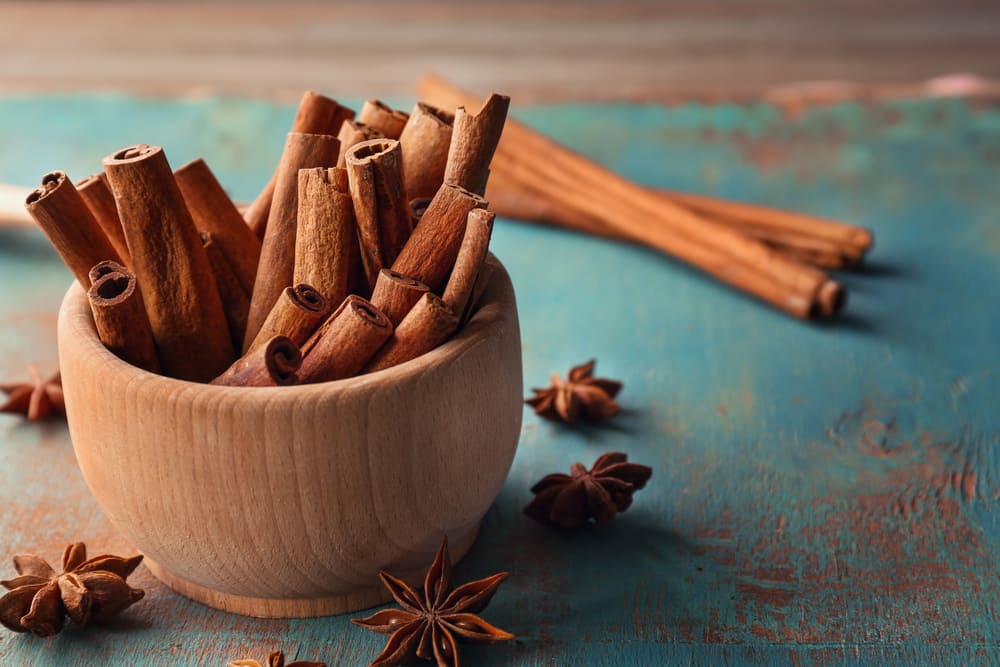 Can Cinnamon be Toxic for Dogs?

Can cinnamon kill a dog? On its own, cinnamon is non-toxic for dogs.

However, if cinnamon is used together with many nutmeg or chocolate. This is where you need to avoid feeding it to your dog.

The reason? Nutmeg contains the toxin myristicin. It causes disorientation, hallucinations, abdominal pain, and even seizures.  On the other hand, chocolate is poisonous for dogs. Do not feed your dogs cinnamon buns that have raisins or macadamia nuts.

If you want your canine to enjoy a treat, various dog biscuits blend cinnamon with other safe ingredients such as apples and pumpkin. You could even combine turmeric and cinnamon for dogs to enhance its anti-inflammatory benefits. 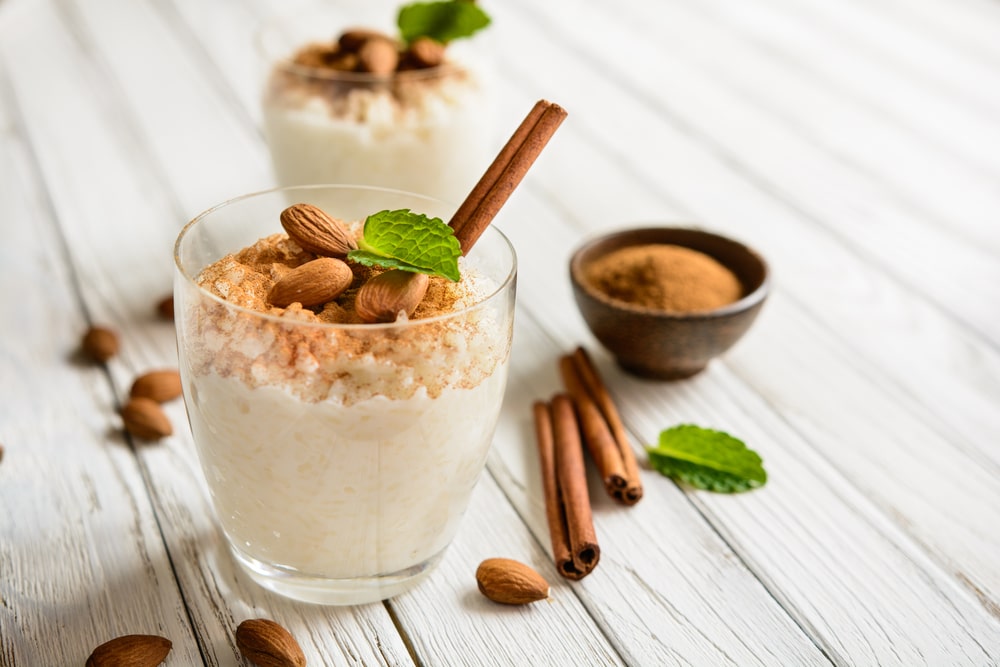 If you always wondered how you could combine honey and cinnamon for dogs. This recipe is the answer. It also uses whole wheat flour and a dose of omega 4 fatty acids.

Want to include the goodness of cinnamon, oats, and apples in your dog’s diet? These oat cinnamon apple dog treats are a good way to do so. Since ground oats are used in this treat, it becomes gluten-free. 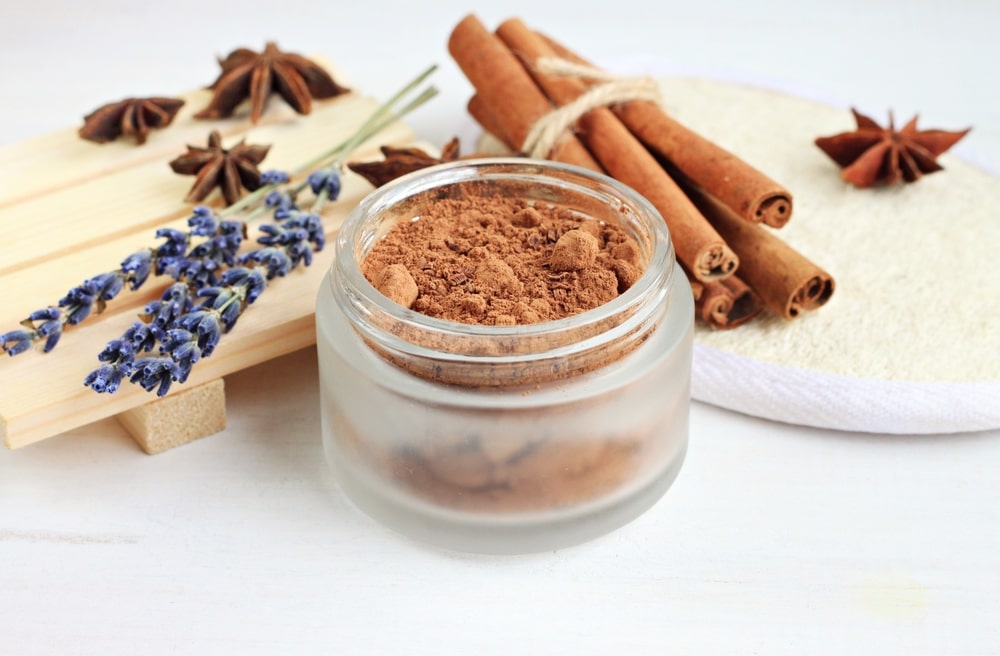 Can Dogs Have Cinnamon Applesauce?

Since applesauce comes mostly from apples, it’s safe for dog consumption to a certain extent. Although applesauce is a pureed form of apples, most products bought from the store comprise unhealthy ingredients such as food coloring, sugar and preservatives.

A serving of ⅛ tsp for every 15 lbs of body weight should be adequate and will include a nice touch.

Cinnamon rolls are high in fat and sugar, which might give your pet indigestion. Excess dietary sugar can lead to pancreatitis in dogs.

While the spice is safe for dog consumption, it might produce stomach irritation if consumed in huge quantities. If your pet has consumed cinnamon rolls and ended up with an upset stomach, consider a bland diet featuring unseasoned chicken and rice.

It won’t harm your dog if you give it as a snack unless you have a diabetic dog. It is loaded with additives and sugar and isn’t a reasonable substitute for dog food.

How Much Cinnamon Is Safe For Dogs?

In small amounts, particularly, 1 tsp or less per serving is perfect as an occasional treat. However, it might cause stomach or mouth irritation if given in huge quantities. 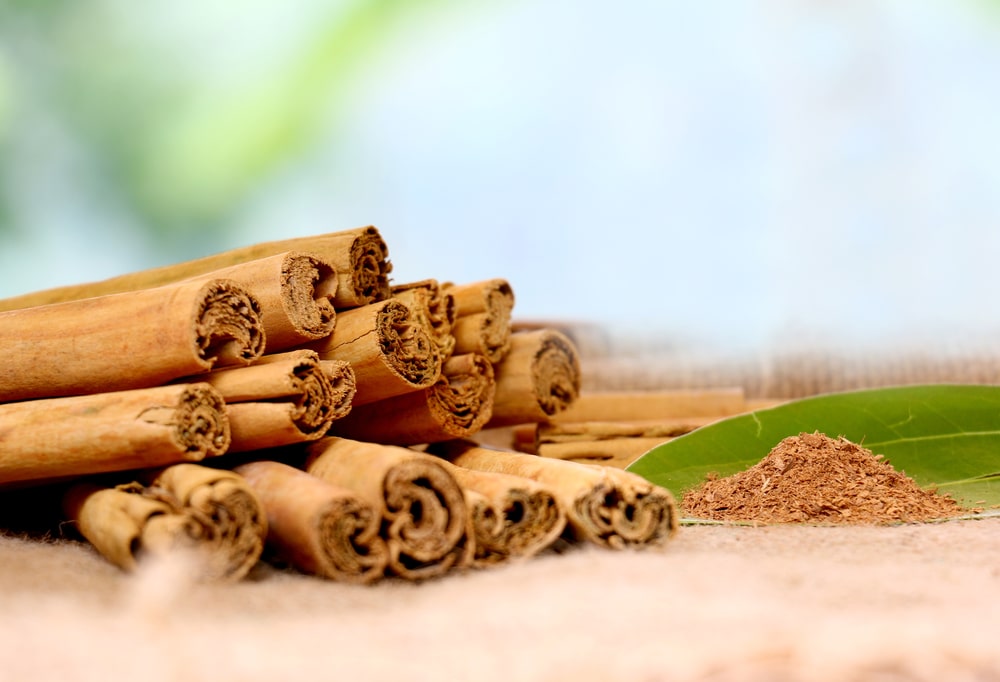 The key is to avoid feeding your canine any food items that include harmful ingredients along with cinnamon. You also must remember to practice moderation even for something as good as cinnamon.

Check out this article on Can My Dog Eat Pineapple.

Can My Dog Eat Apples?

Can My Dog Eat Tomatoes? 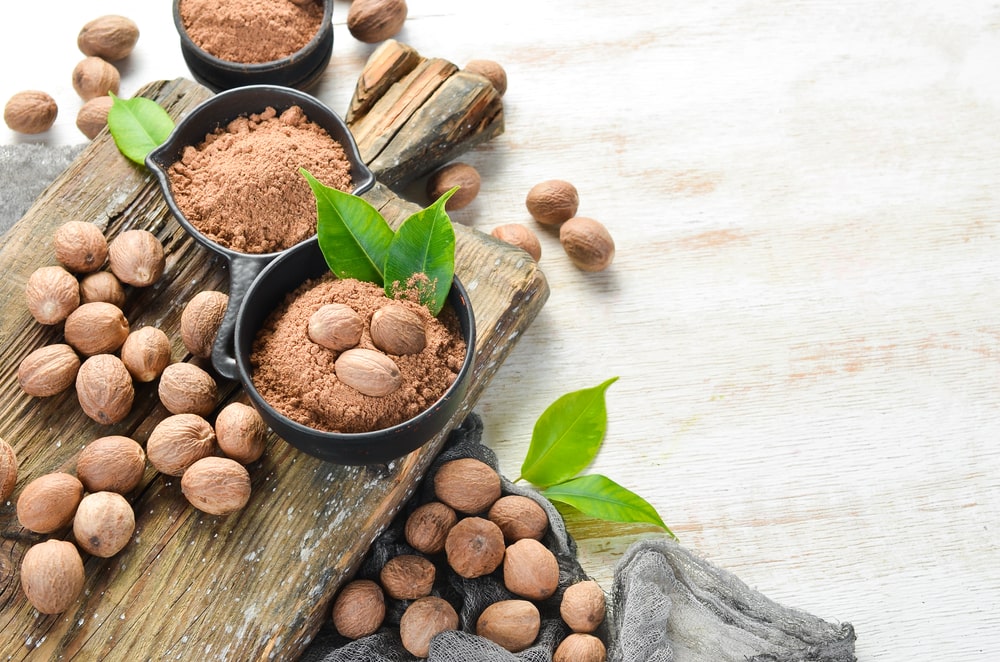 Can My Dog Eat Nutmeg? 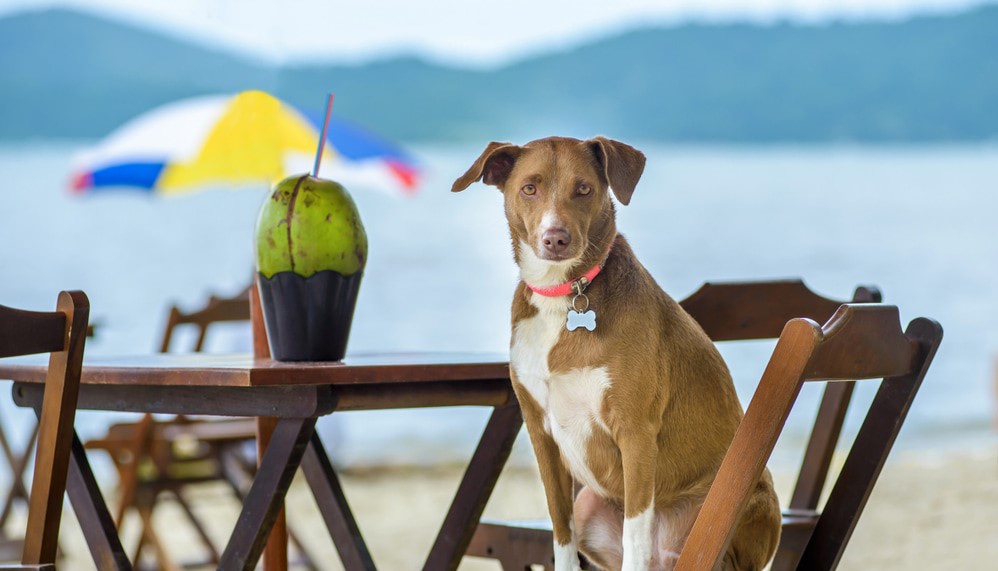 Can My Dog Eat Coconut? 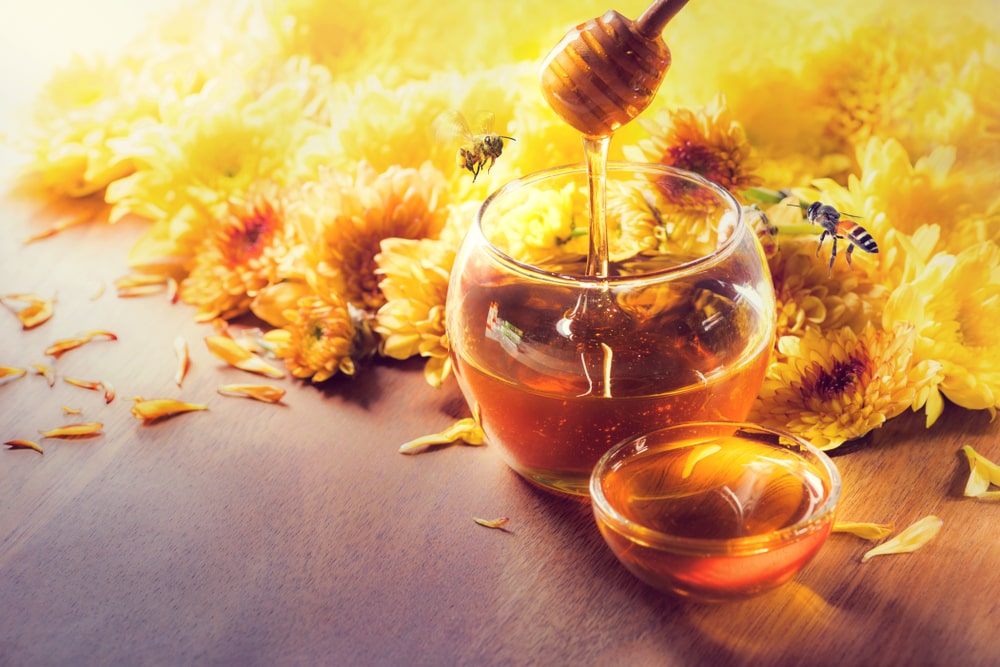 Can My Dog Eat Honey?