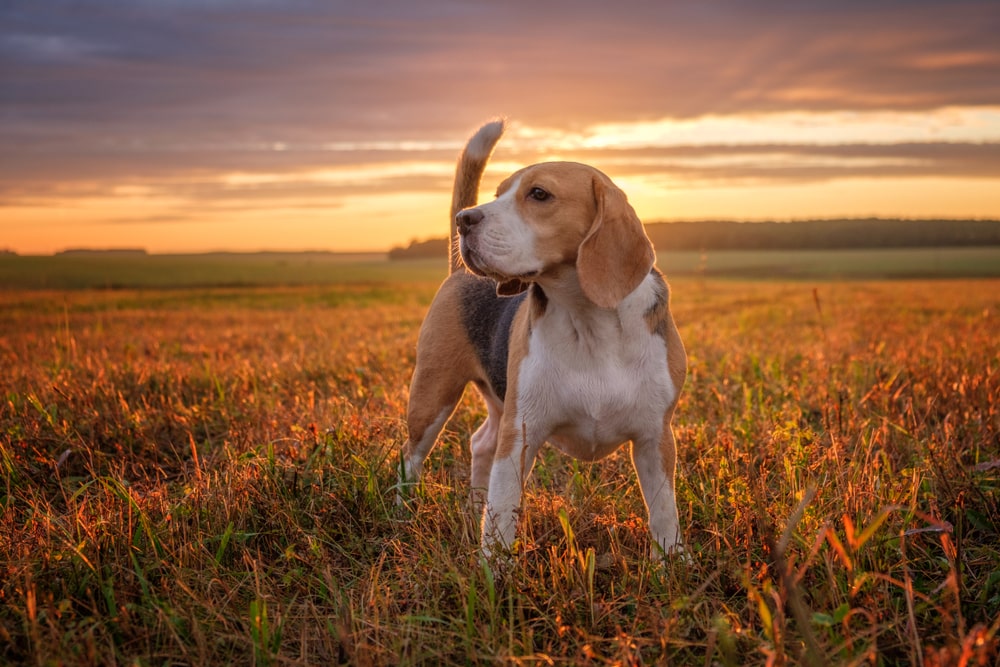 Male Vs Female Beagle: Which Is The Better Choice?

The adorable, floppy ears of a Beagle and its charming personality have captured your heart. Now all that is left is choosing the sex of your future pet.

Which should it be, a male or a female? Find out if this makes much of a difference.

Are you having a hard time distinguishing between a male vs female beagle? If you are set on making a Snoopy look-alike your companion, you’re probably curious about which one to choose.

Some traits differentiate a male from a female Beagle, while others are shared by both. Let’s take a closer look. 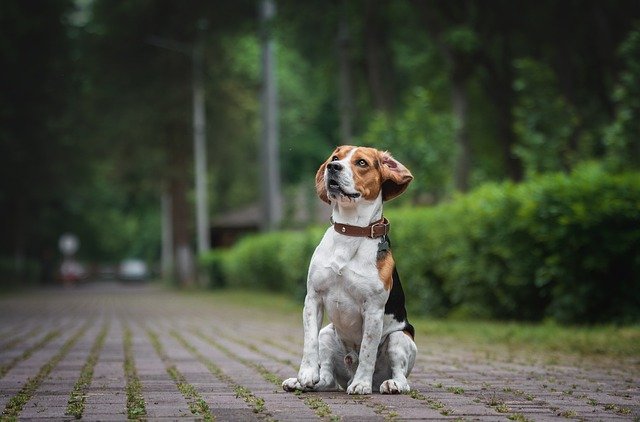 We all want our furry friends to live with us forever. Are you wondering if a Beagle’s sex makes a difference in how long they live?

The sex of a Beagle has no effect on how long a Beagle pup will live. According to a study, Beagles live a good healthy life in their first decade. After that, their mortality rate increases dramatically.

The study also points out that most Beagles pass away from natural causes or euthanasia due to terminal illnesses.

Male dogs are often heavier and bigger than female dogs. It is the same with Beagles.

Beagles are great if you have space constraints. All Beagles are compact, but female Beagles are slightly smaller than male ones.

By the time they turn a year old, you will notice a difference between a male Beagle and a female one. At 18 months, Beagles are adults and stop growing.

Size shouldn’t affect your decision when it comes to choosing the sex of a Beagle. Unlike many breeds, the difference in size is not that significant. 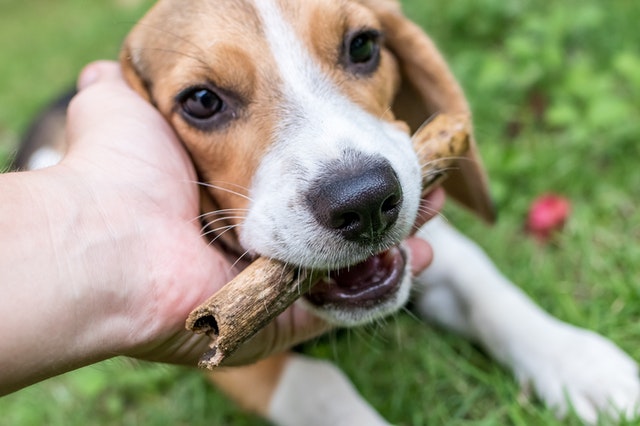 At first glance, you’ll be hard-pressed to distinguish between a girl and a boy Beagle.

The physical traits of both Beagle sexes are quite similar. There is a minor difference is in size. Beagles are known for their long ears that look quite adorable. They carry their tails high.

Both male and female dogs of this breed are muscular. Their sleek bodies are meant to hunt actively and chase after the game. Their features are similar to that of a hound with big eyes and well-proportioned bodies.

Beagles have a deep and broad chest and straight back with their shoulders sloping down a little. Their front legs are straight, unlike their back legs that are angled and muscular. 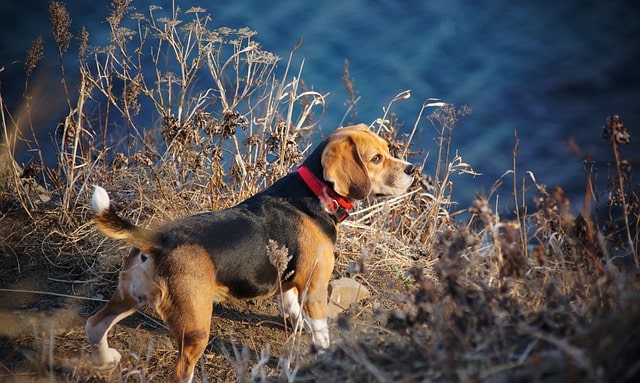 There’s not a lot of difference between the coat of a male and female.

Beagles have a double coat of dense, hard fur in earth tones. They can either be bicolored or tricolored. Some of the color combinations include: 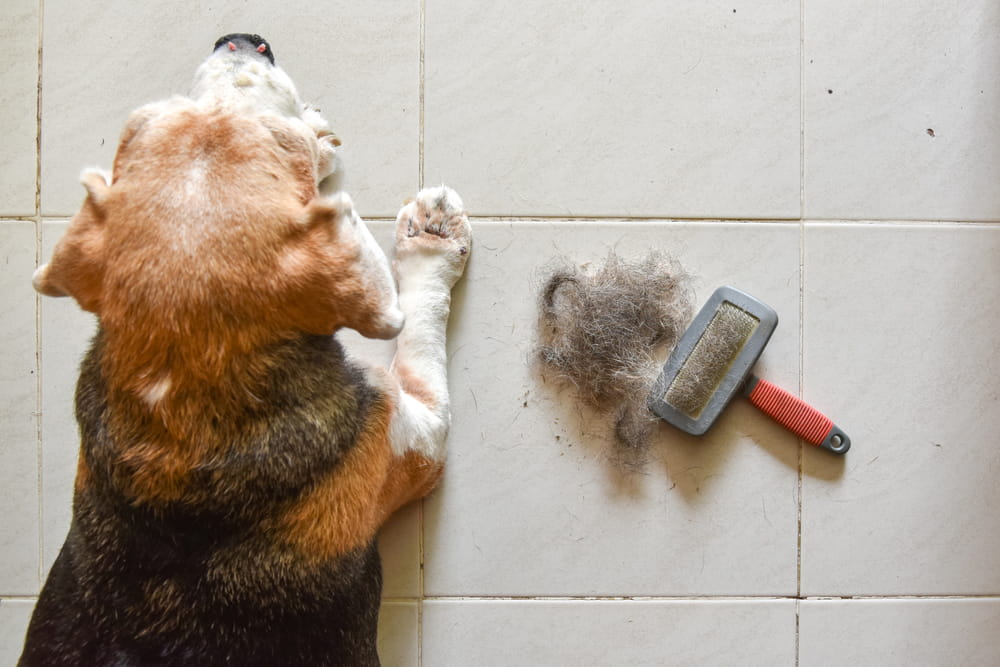 Regardless of their sex, all Beagles shed quite a bit in the spring. season

Beagles are moderate to heavy shedders; it doesn’t matter if the dog is male or female. They lose their entire coats to adapt to spring. You will have to brush their coat several times a week to avoid having fur all over your house. 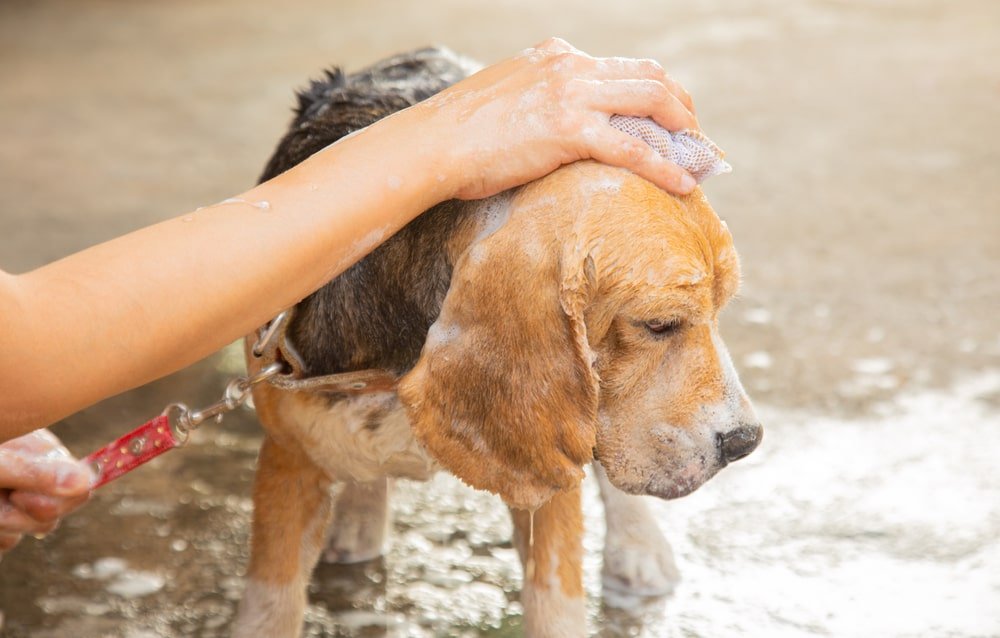 Beagles do not have different grooming needs based on their sex.

Since they don’t have long, silky coats, Beagles are not fussy when it comes to grooming needs. Aside from regular brushing, you can also do the following Beagle care practices at home:

If you have the budget for it, bring your pet to a professional groomer for some TLC.  Also, don’t forget to check their ears weekly to prevent infection. 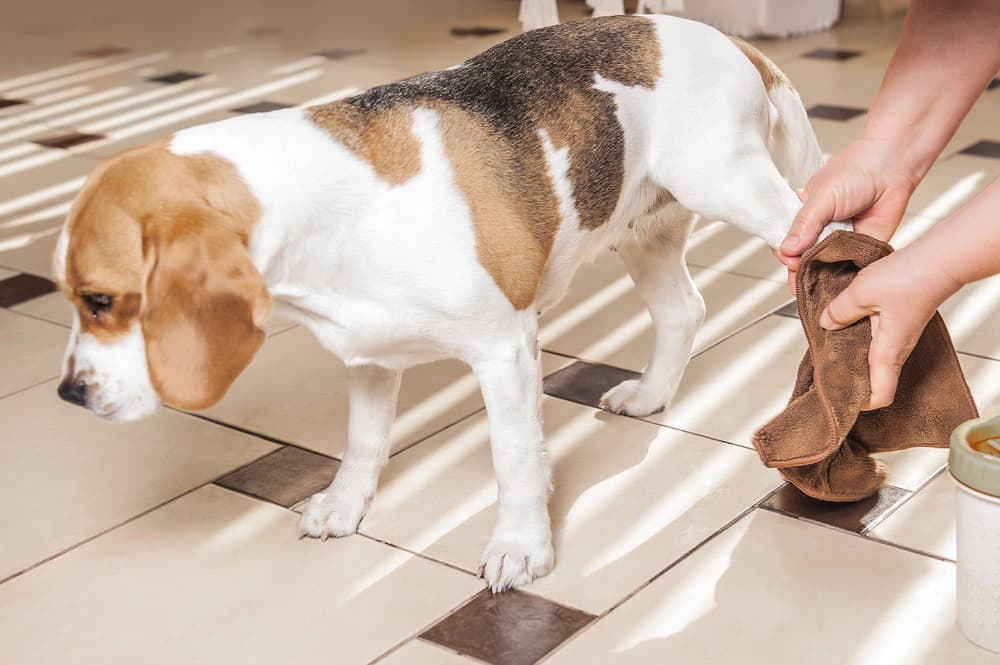 Females are more expensive, especially if they are meant for breeding.

If you decide to breed Beagles, a male dog will be cheaper than a female.  A female Beagle is valuable for a breeder since people are interested in purchasing puppies. Also, neutering a male is comparatively cheaper than spaying a female.

A Beagle is a relatively inexpensive breed to adopt. The average cost of adopting a Beagle is $800 to $2,000, depending on the lineage of the dog and the reputation of the breeder. Other costs include vet expenses, feeding, training, etc. which remains the same. 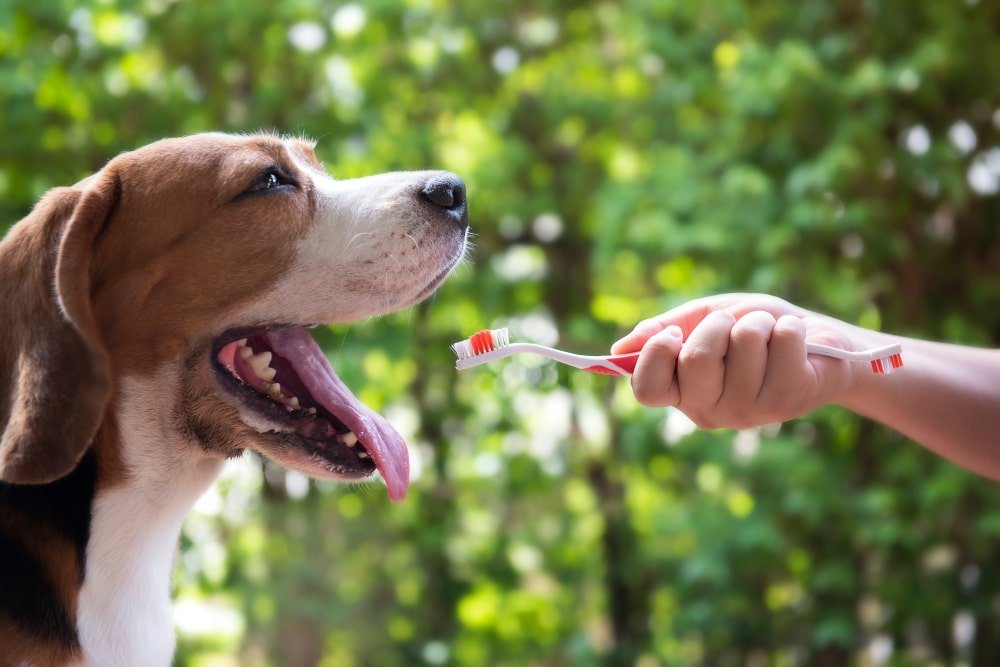 No matter their sex, Beagles are low maintenance.

A major difference is when it comes to owning a breeding female. An unspayed female Beagle will be in heat twice per year and might need your care during this period. Keep in mind that your female pet will be in heat for about 2 to 3 weeks.

When a female Beagle is in heat, it may seem act clingier than usual. Some dogs would feel cramping and discomfort during this period. Provide a warmed heating pad to relax their abdominal muscles. They will also start resting more often than usual. 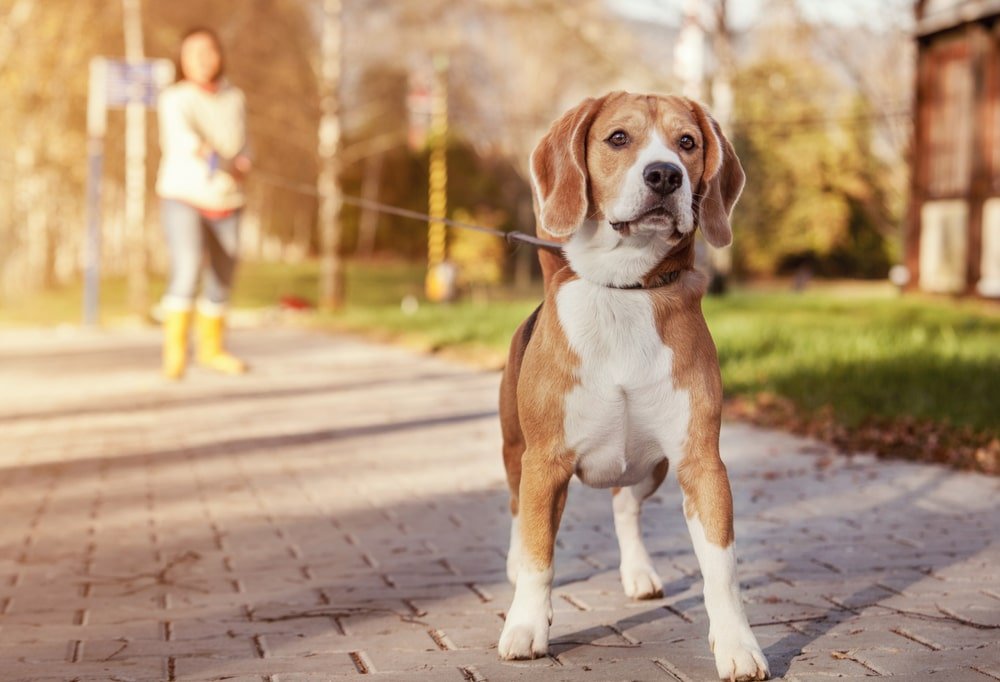 Female Beagles are said to be more focused, so training them is less of a task as compared to male Beagles. They are eager to please you and willing to learn. Also, female Beagles mature earlier than male ones. This plays a role in training.

However, having litter can change things for a female. Pregnancy, birth, and taking care of puppies are quite distracting, so don’t expect too much from your pet. 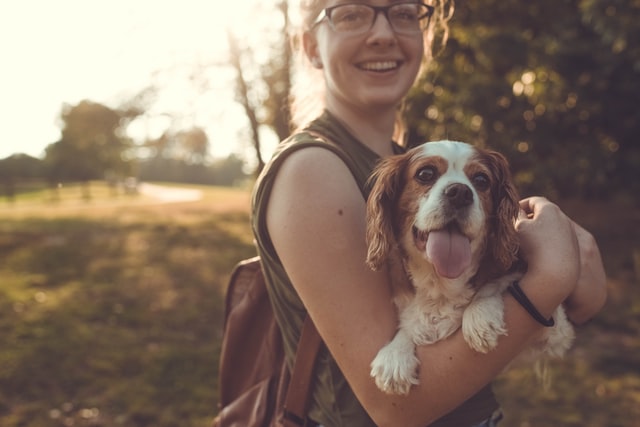 Male Beagles are more independent and stubborn, which makes it harder to train them. They are quick in learning new tricks, but this doesn’t mean that they will eagerly obey you. Sometimes, male Beagles are too distracted to learn things.

Keep in mind that both female and male Beagles mark their territory. You may need to train them early to prevent this from becoming an issue.

Ultimately, it’s not the sex of the Beagle that determines the success of dog training. What’s more important is how you structure the training and the approach you choose to follow. 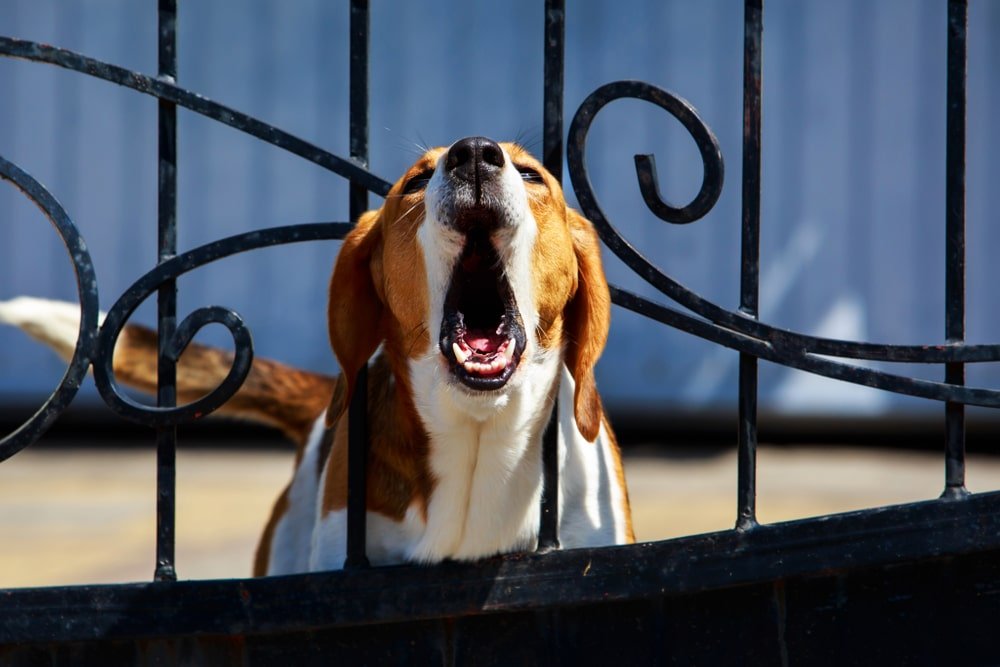 No matter the sex, these vocal hounds are bound to bark.

Beagles will bark at anything and everything. These dogs hardly need a reason to be noisy, issuing both suspicious barks and friendly greetings. This tendency can prove to be a problem for neighbors. 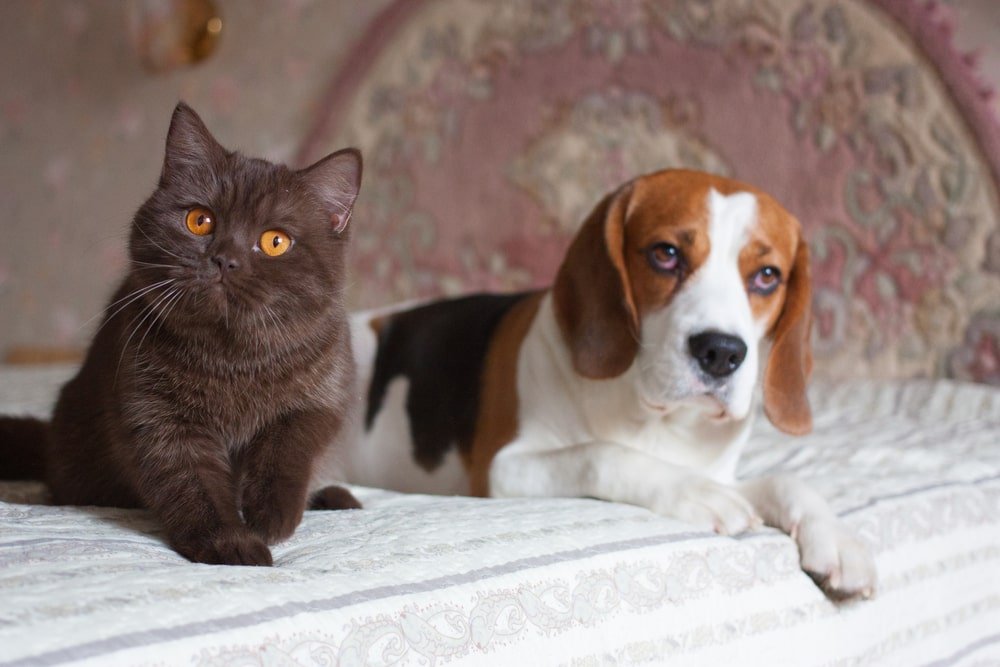 A Beagle of either sex will get along with everyone. Friendly and high-energy, these dogs love to be near their human packs. 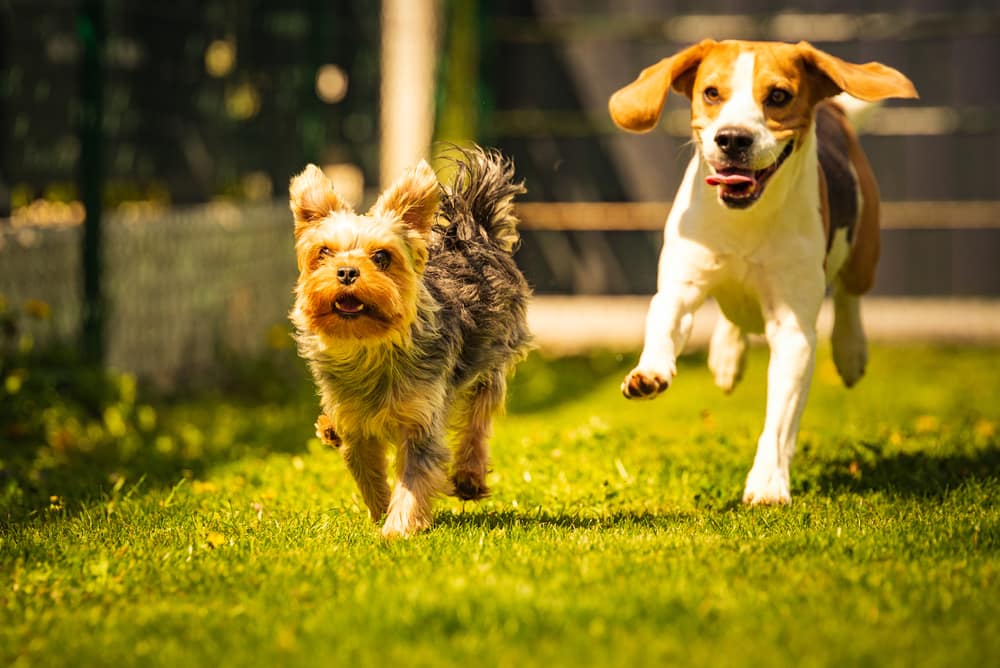 Friendship With Other Dogs

You are in luck if you choose a Beagle. They are quite social when it comes to other dogs. Also, the friendliness of your Beagle with other dogs is not determined by the sex of your pet.

If you have more than one dog at home, take a few steps to maintain the peace. Introduce your Beagle to the other pets at an early age. Their hunting instinct can be an issue when it comes to living with other pets.

Keep in mind that same-sex breeds may not live well together. If you have a male dog at home, bring in a female Beagle and vice versa. 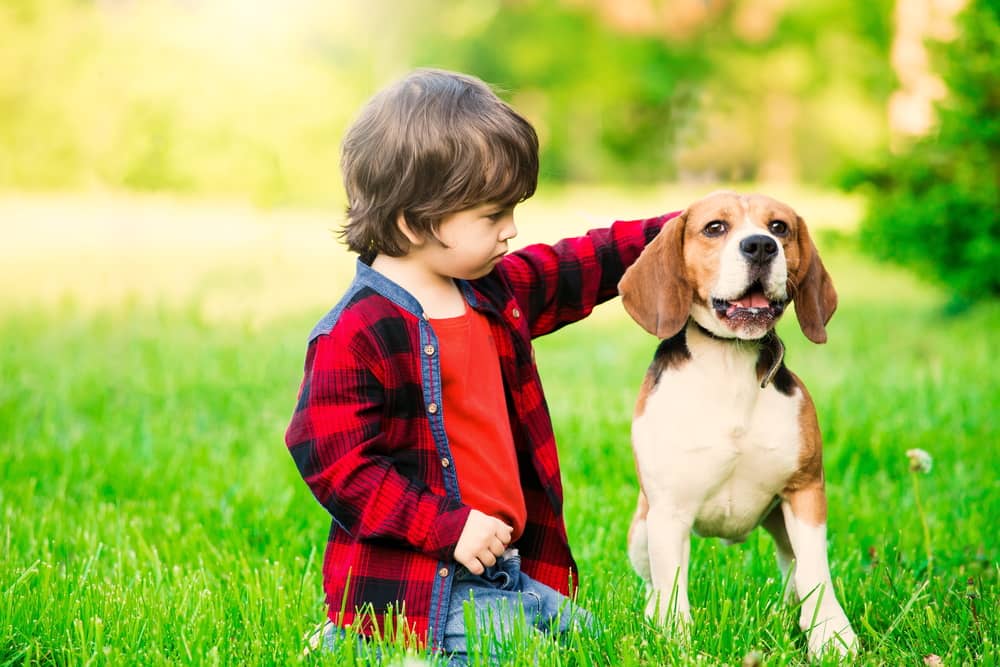 Beagles are great family pets and affectionate with children. A Beagle will love your baby no matter how rough your child plays. You cannot trust your kids with a Beagle, but you can trust a Beagle with your kids. They are quite capable of tolerating the mischievous ways of kids. 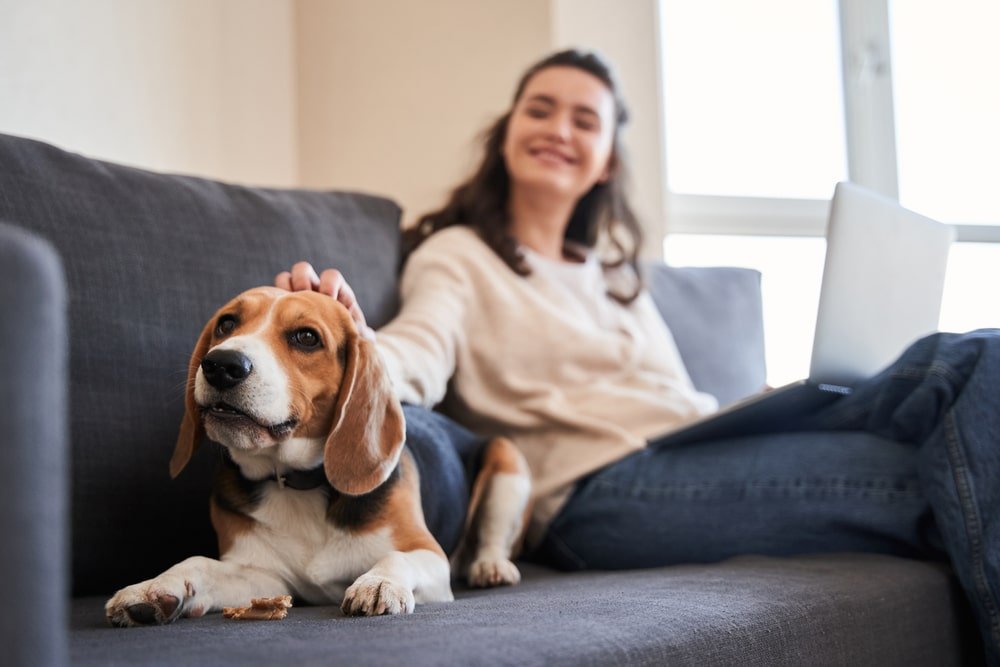 All Beagles need a lot of attention, but a female Beagle may be clingier than a male one.

You cannot ignore how big a role temperament plays when it comes to choosing a pet. Since they were bred as hunting dogs, both girl and boy Beagles love adventures.

Boy Beagles love attention, but they are also calm and stable. A male Beagle is for you if you need a good snuggle buddy who does not cling to you round the clock. A male Beagle is stubborn but also knows how to entertain himself.

If you prefer plenty of alone time, this is your best option. 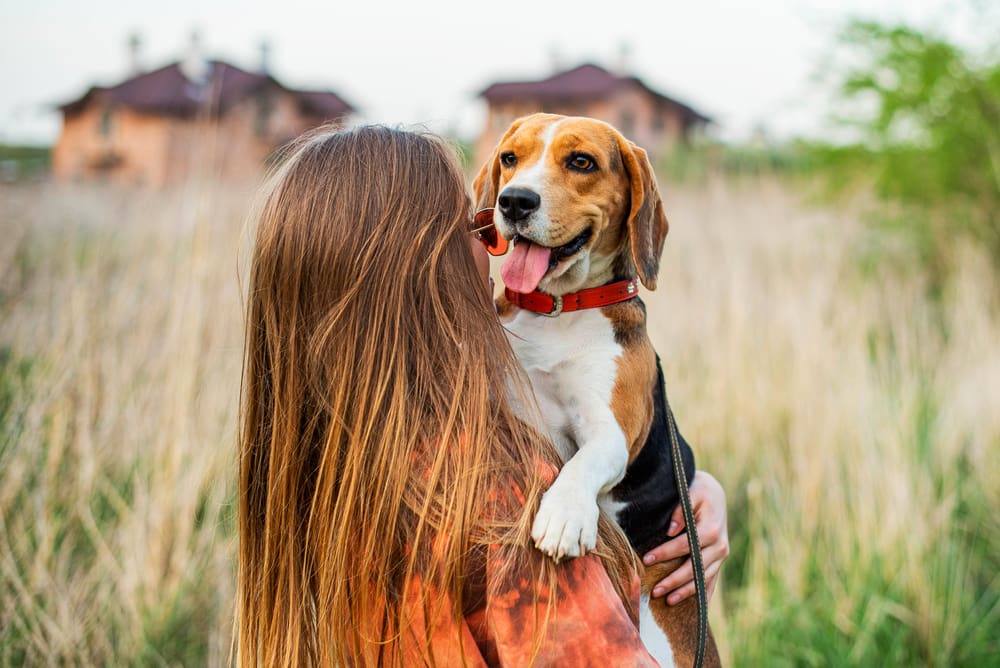 Pick a girl Beagle if you are someone who loves to be around your pup all the time. You can never snuggle a female Beagle enough. Even if you take your pet out to play for hours, it may still end up on your lap begging for attention.

This behavior can change once a Beagle is pregnant and gives birth. Otherwise, you are in for years of hyperactivity.

Separation anxiety becomes a real problem with female Beagles. They adore their owners so much that leaving them alone for even a bit can make them uneasy. No doubt male Beagles will adore you just as much, but they are fine on their own.

These descriptions are not foolproof. After all, you cannot always predict a dog’s temperament. It is influenced by several factors; sex is just one of them. 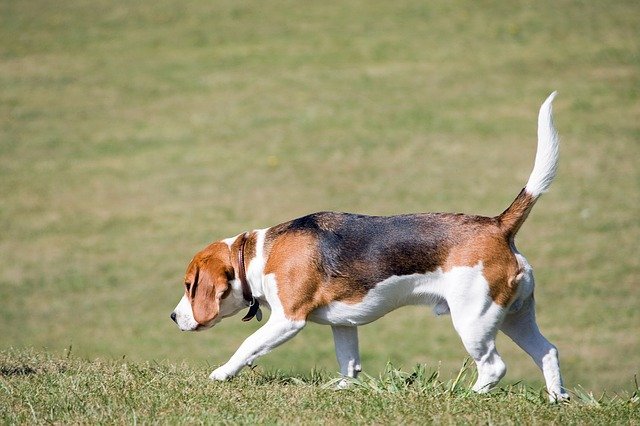 A male puppy is said to be more energetic and playful than a female.

Beagles are high-energy hounds. Some claim that Beagle males are more active than females. However, both require at least an hour of vigorous exercise each day.  These hounds get distracted easily, so you will have to keep them leashed when going for walks. 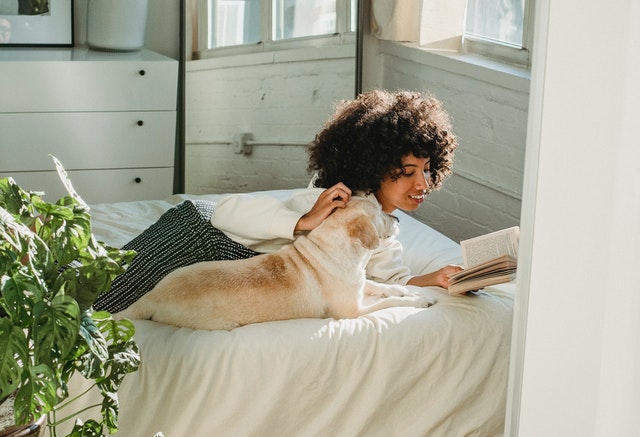 Both male and female Beagles have highly developed hunting instincts. They pick up on gestures quickly and are keen observers.

Maturity comes late to male Beagles, while female Beagles leave puppyhood behind first. As a result, girl Beagles are comparatively easier to train. 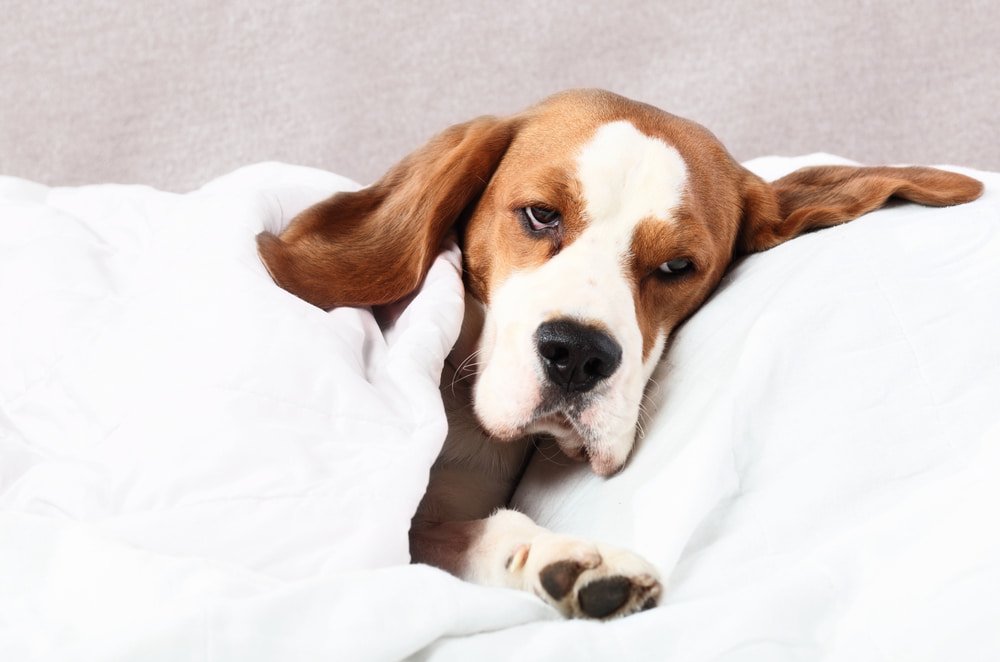 Some health issues are determined by the sex of a Beagle, especially when it comes to the reproductive organs.

Male Beagles are prone to testicular cancer, but neutering can prevent it and other genital diseases. Also, with male Beagles, you do not have to worry about dealing with heat twice a year. 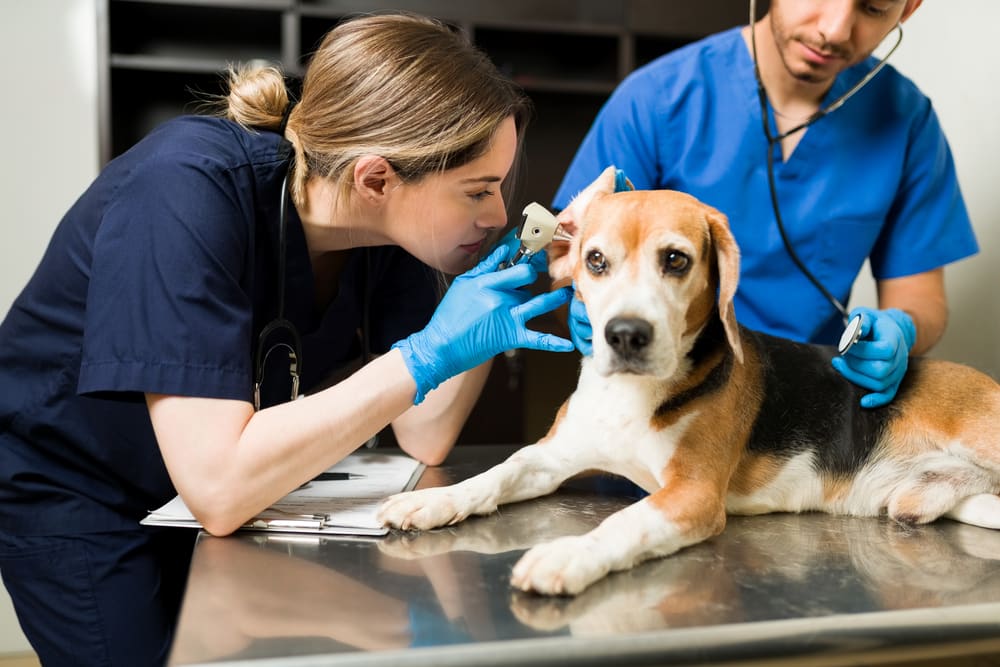 Although a generally healthy breed, the Beagle is prone to some conditions. No matter the sex, these dogs may suffer from chondrodystrophy, cherry eye, glaucoma, epilepsy, and hip dysplasia.

To prevent these health issues, ensure your pet has enough exercise and a balanced diet. 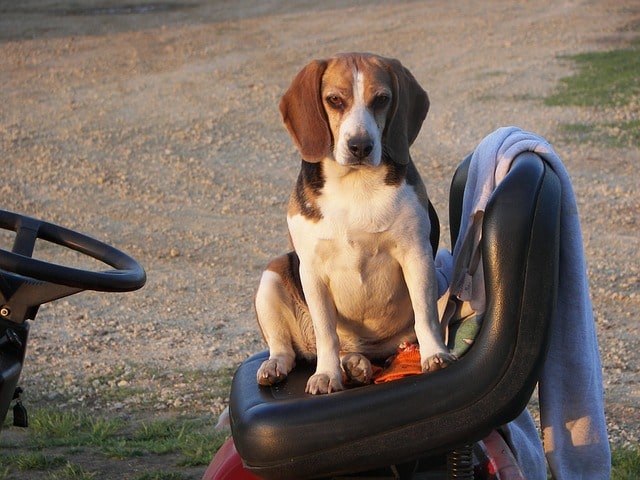 Females and males go through hormonal changes, especially when breeding. They also require different interventions to prevent them from producing puppies.

If you aspire to breed Beagles, you probably want to adopt a female dog. Here’s what you need to know:

For those who wish to avoid having puppies, spaying is a must. This sterilization procedure removes the uterus and ovaries of a girl Beagle. 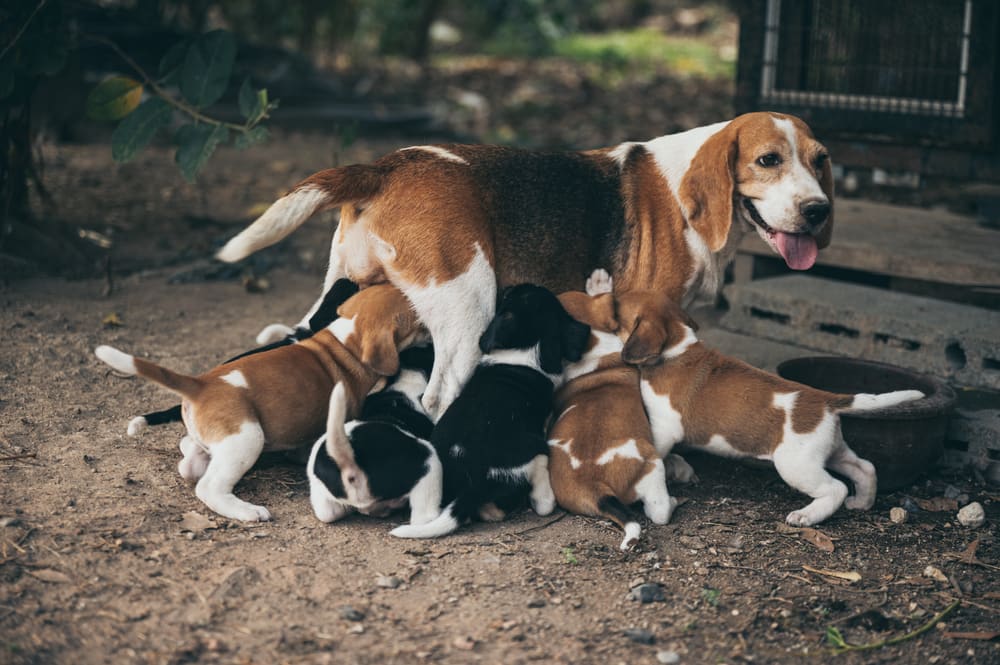 Once male Beagles reach sexual maturity, they will start seeking females. The mating instinct is quite strong.

Males are active throughout the year and need to be neutered. A Beagle’s testicles are removed during this relatively simple procedure. 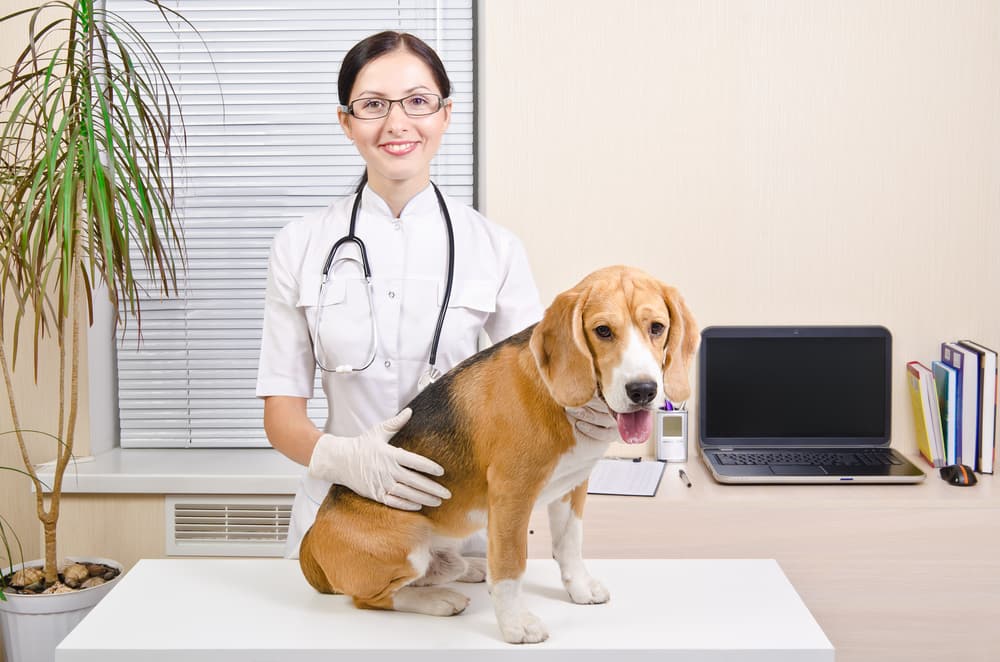 What Does Neutering or Spaying Do to Hormones?

Neutering or spaying a dog brings a lot of behavioral changes. Although they will still show signs of mating instinct, it won’t be as severe.

Neutering or spaying brings a positive change in your Beagle’s behavior. For one thing, you no longer have to deal with aggressiveness and mood swings. The process saves you a great deal of hassle and makes handling your Beagle easier. 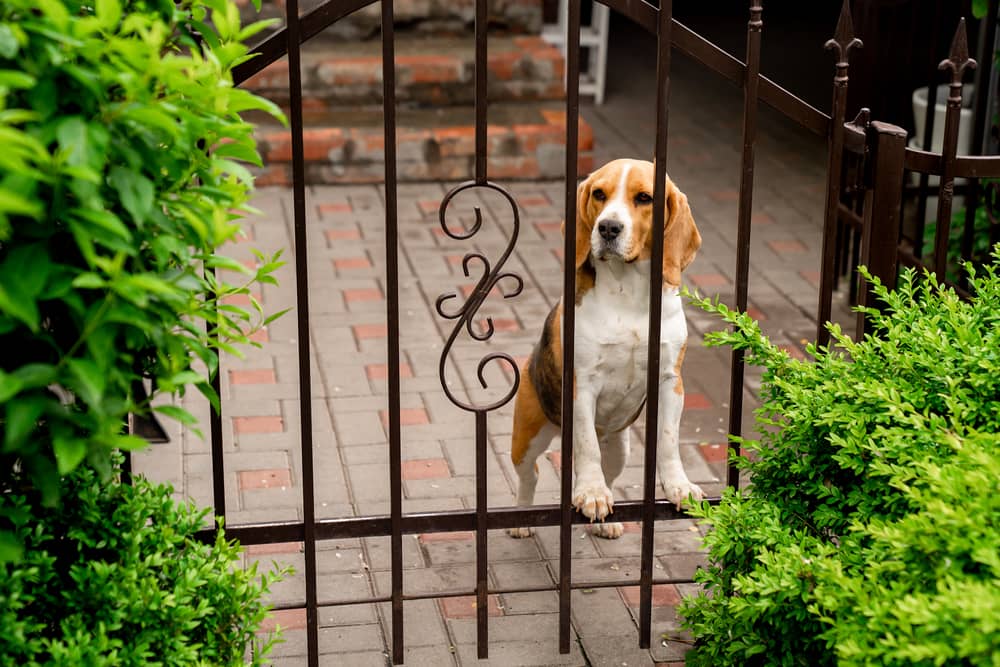 Whether your Beagle is a male or a female, it can’t defend your family and home properly.

Beagles don’t make good guard dogs because of their size and personality. When someone enters your house uninvited, a Beagle will bark and alert you. However, it won’t attack the intruder. 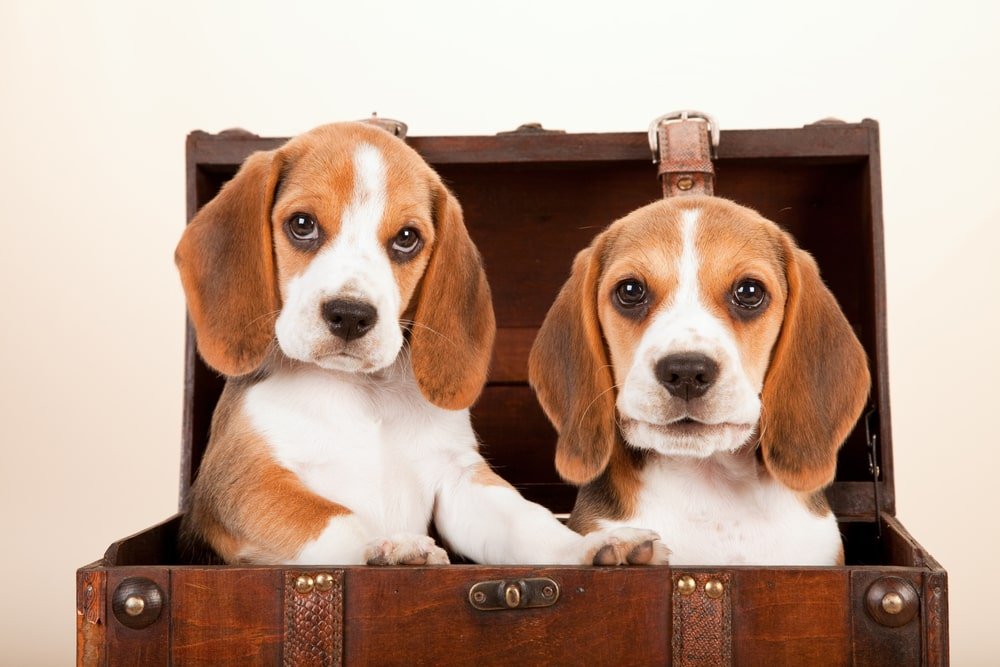 So. Male vs female beagle? No matter the sex, you cannot go wrong when you choose a Beagle.

Since this breed is tolerant of kids and other pets, it will prove to be an excellent addition to your family. Consider your lifestyle when it comes to selecting the sex of your pet. Hopefully, this guide will help you make the right decision. 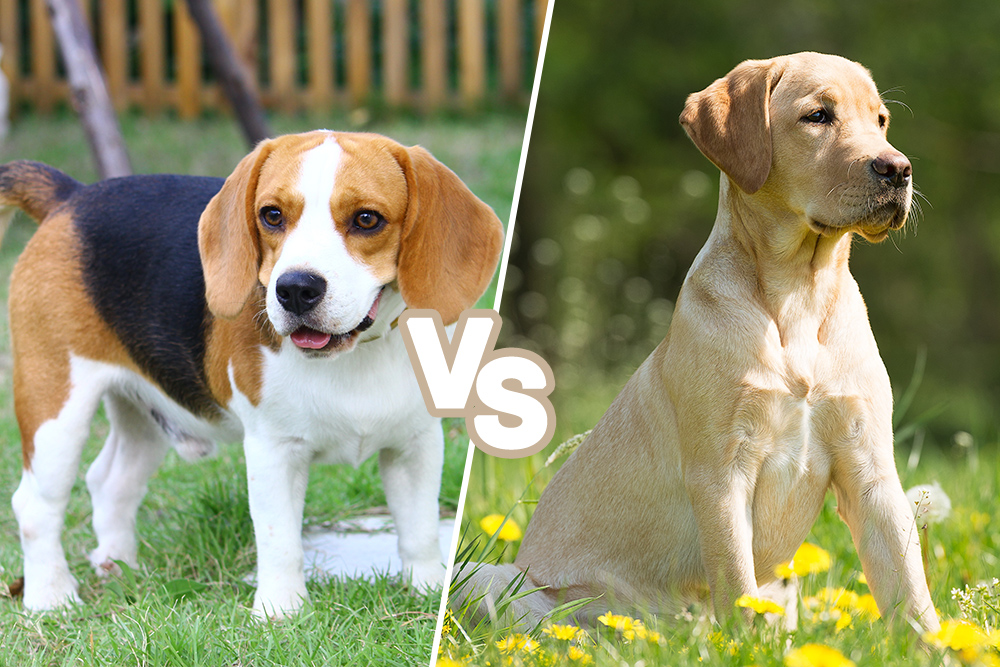 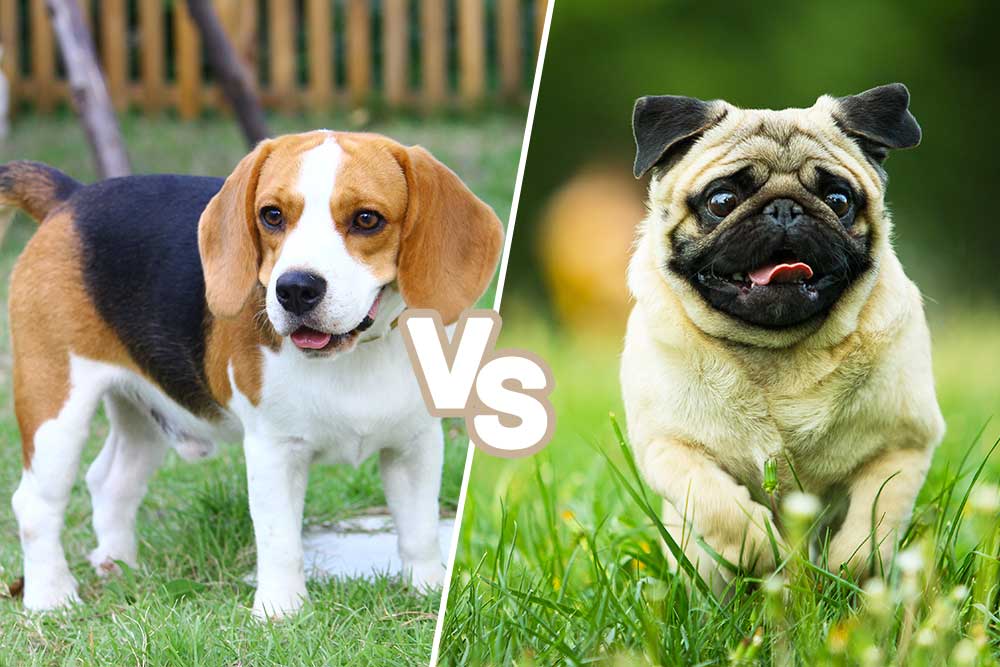 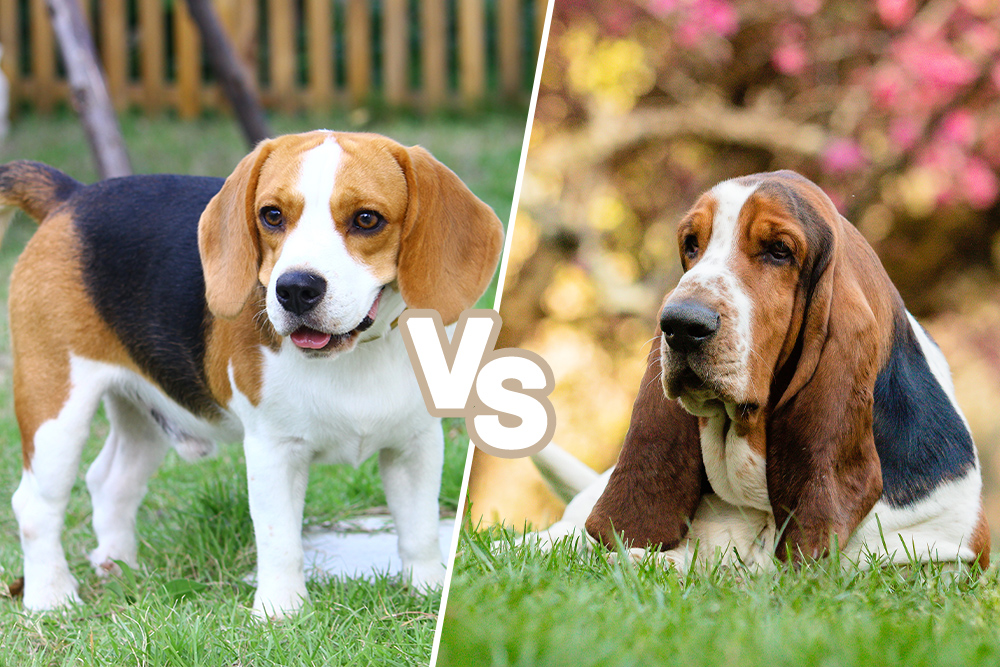