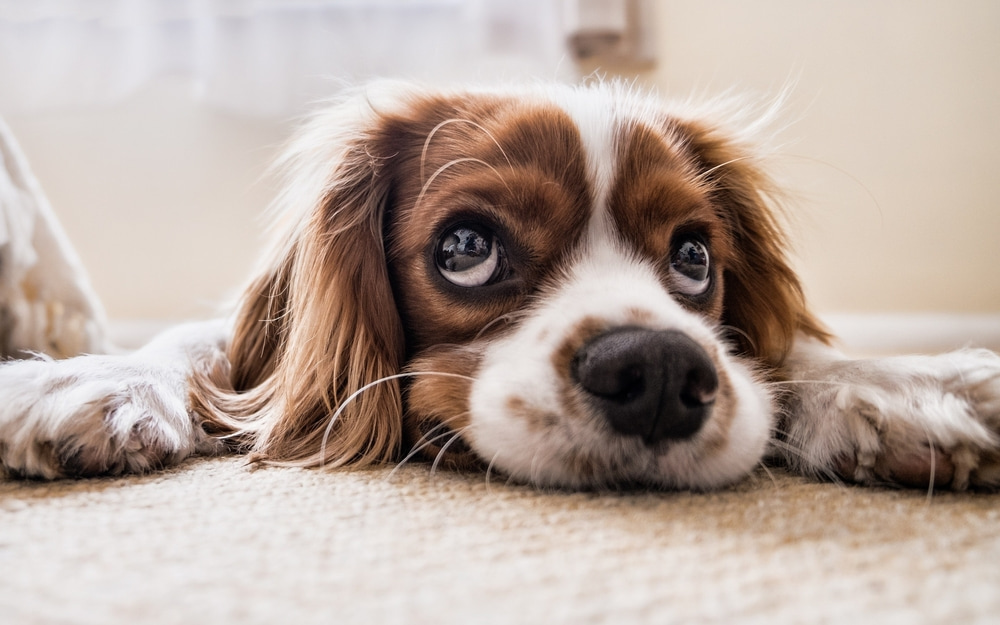 The Long And Snort Of It. Is Your Dog Snorting A Cause For Concern

A dog snorting and sneezing isn’t anything new. But despite how common it is, pet owners still can’t help but worry if their pet is constantly doing it. Here are some common causes why a dog is snorting.

Let’s dive into why your dog won’t stop snorting and how you can address it.

“My dog is snorting. What should I do?”

Dogs make the weirdest sounds. They bark, snore, pant, yelp, or belch. Pet owners usually just give their dogs a quick glance to ensure nothing is out of the ordinary and then go back to what they were doing while the dog goes back to doing dog things.

Let’s reiterate that – a dog snorting, coughing, and wheezing is nothing new. They tend to make weird sounds for various reasons. A dog snorting sound is essentially just sharp inhalations often triggered by a minor allergy or simply by how they breathe.

The sound when your dog is snorting and sneezing may sound alarming. However, it is usually harmless and will eventually go away by itself. On rare occasions when your dog keeps snorting nonstop, you may need to consult a veterinarian.

A few reasons for the dog snorting attack may include:

Just like human coughing or sneezing, the immediate cause of a dog making snorting sounds can be challenging to pinpoint. But it is usually benign, and the reason resolves itself. Let’s dive into understanding the whys and hows of dogs snorting a lot.

Causes Of Snorting In Dogs

One sound that frequently catches many dog owners off-guard is a dog snorting sound. It could sound like a goose honking, a pig snorting, or your dog wheezing, but it is basically a series of sharp inhalations through the nose, throat, or both.

Humans sometimes snort when we laugh, to express disbelief, or to dislodge an irritant in our nasal passageway. As for a dog snorting, it could be for several reasons.

If you’re asking why my dog keeps snorting, it could be their breed. Dogs with flat noses, known as brachycephalic dogs, are prone to snorting. This is because of the shape of their noses and the limited freedom in their nasal passageways.

Dog breeds under this category include Bulldogs, French Bulldogs, and Pugs.

If you’ve owned any of these dogs for a while, you’ve probably noticed your dog making snorting sounds. It is a pretty common occurrence. However, given that these breeds are prone to other respiratory issues, it is best to keep tabs on them. Consult your vet immediately if the dog snorting when breathing seems to be worsening. 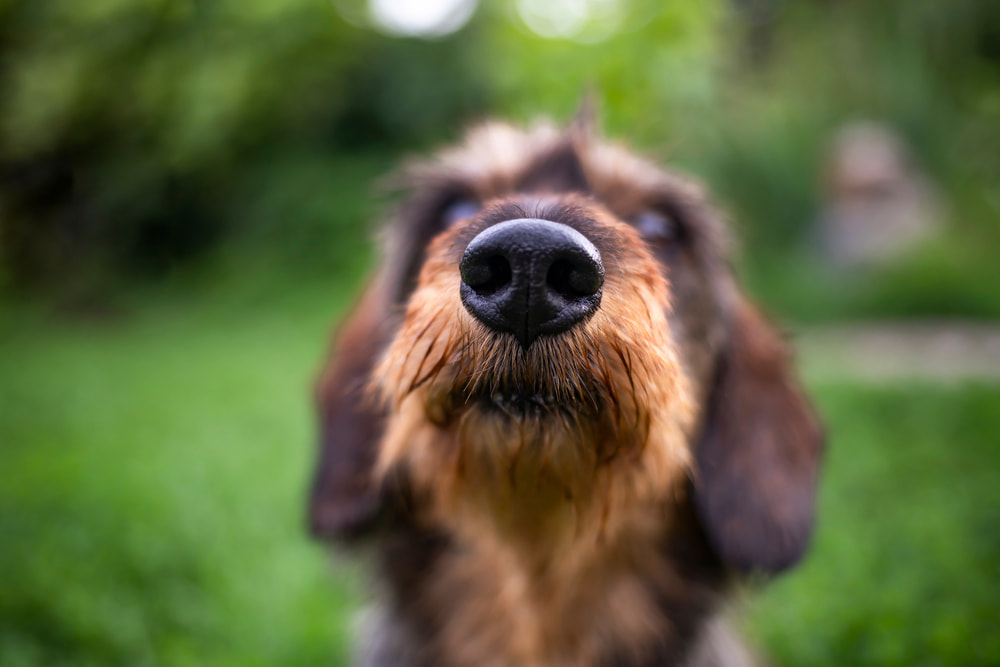 Communication With Other Dogs or Humans

Another reason for a dog making snorting noise is that they use the sound to communicate with other dogs or us. In such cases, dog snorting is mainly to catch attention and to indicate a willingness to play or interact.

So, if your dog started snorting on purpose and then stopped when you paid attention, that’s probably just it – a form of communication and nothing to worry about.

What do I do about my dog snorting when breathing? Oftentimes, nothing.

Dogs use their noses a lot. Studies show that they rely on their sense of smell in ways we do not even understand. As such, the occasional snorting is most probably your dog honing in on a very faint smell or tracking down something that smells unique to them.

This is most likely the case, especially when your dog is sneezing and snorting with its nose to the ground during walks. Even if it’s snorting after a walk, it is most probably your pet clearing up its nose from all the dust it has inhaled. It should stop within a few minutes.

When your dog voluntarily snorts or reverse sneezes, it might be trying to remove an obstruction in its airway. It could be debris or fluid obstructing their upper airway, and snorting is your pet’s attempt at removing it.

Sometimes snorting doesn’t just happen once or twice, but in quick succession – like a dog snorting attack. Your dog might strain its neck and inhale rapidly through the nose and mouth. This could probably be your dog having a bout of reverse sneezing.

If regular sneezes are caused by allergies to pollen, dust, and other irritants, so are reverse sneezes. Some dogs may have paroxysmal respiration or what is called reverse sneezing. Dogs with this condition rapidly pull air into the nose. In a regular sneeze, the air is rapidly pushed out the nose.

So, if your dog is sneezing and snorting — regular or reverse — only occasionally, it shouldn’t be a problem. According to Krista Williams, DVM, “If your dog experiences a reverse sneezing episode, you may gently stroke the neck and try to calm him.”

Please listen to my dog do her excited snort pic.twitter.com/e37SPHsmdB

Just like you are susceptible to allergies, dogs are too. Moreover, given their more sensitive sense of smell, they have it worse than you. It can result in the dog snorting a lot.

So, the next time you find your dog snorting and coughing, check whether it’s been exposed to smoke from cigarettes, vehicles, or forest fires. Or it may have inhaled dust, pollen, or even bits of kibble. Or it could be the smell of your neighbor’s newly painted fence.

“Remember that pets are sensitive to the same things as people”, says Dr. Kathryn Boyle, DVM at Banfield Pet Hospital, “such as allergens, high humidity, hot or cold temperatures, and smoke.”

If your dog is prone to seasonal or occasional allergies, these tasty soft chews with bovine colostrum are the perfect choice. They help improve immunity and come highly recommended by vets too!

What do you do when your dog won’t stop snorting?

Unfortunately, just like humans, dogs can develop respiratory infections if exposed to irritants for too long. These cases are usually accompanied by runny nose, coughing, wheezing, and other signs of respiratory distress and are not serious.

Choking, which is a more serious issue, will require an emergency trip to the vet. A runny nose, alongside other symptoms, such as your dog snorting and wheezing constantly, should be cause for an appointment with the vet as soon as possible.

Is your dog snorting a lot? If you notice that your dog makes snorting noises when wearing a collar or is pulling on its leash during walks, it could be a collapsed trachea. It may sound worse than it is but still, visit your vet as soon as you can.

Studies show that tracheal collapse usually occurs in middle-aged, small-breed dogs but they usually respond well to medical treatment. In the meantime, keep your dog’s neck free from obstructions like collars. Try using a harness instead.

This dog. Reached blindly for my robe to get out of hot tub tonight and got a handful of fur. And she had the nerve to snort after I got her wet. pic.twitter.com/qbOmdeXHnt

A snorting dog is not typically a medical emergency and not something you need to lose sleep over. Most of the time it’s just their way of communicating with other dogs and us. Given how dogs have very well-developed noses, it’s also part of how they explore their surroundings.

In some cases, there will be mild allergies that disappear as soon as they stop getting exposed to irritants or contaminants. However, regular vet appointments and emergency visits when warranted, will ensure your dog receives the necessary medical attention or treatment.

Vets agree that, in most cases, there’s always the right medicine or treatment for your snorting dog. Some vets might prescribe anti-inflammatory or decongestant medicines. For some, a nose or throat rub would be recommended.

The treatment ultimately depends on the reason why your dog keeps snorting. 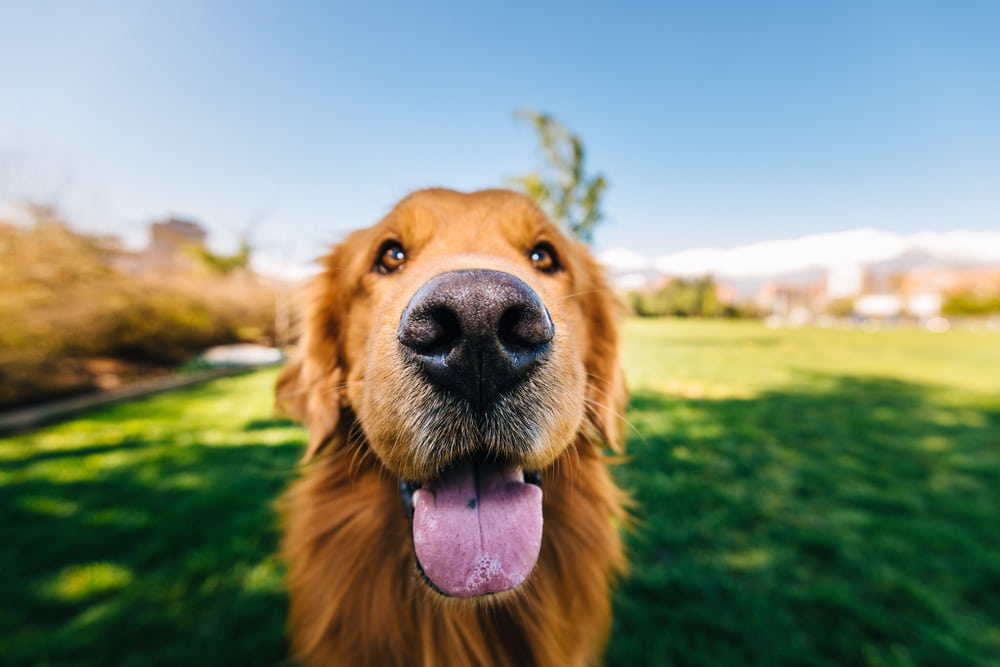 Can You Prevent Dog Snorting?

Yes, you can take preventive measures like ensuring your dog’s collar isn’t too tight or that your dog isn’t pulling on its leash and tightening the collar too much during walks.

You can do your best to keep your home from dust and other irritants, but no, you can’t stop your dog from using its nose to inhale deeply during your walks.

You also can’t stop pollen, dust, and other allergens on the ground and in the air, so the best you can do is make regular visits to the vet.

Is My Dog In Danger When This Occurs?

Usually no. Even really bad snorting attacks typically last for only a minute or two, even though they may feel much longer than that. The majority of cases stop on their own, with no lasting harm to your dog. Just rule out choking hazards, which will need an emergency visit to the vet.

Meanwhile, you can alleviate your snorting dog’s symptoms by gently stroking its neck and back. You can also try covering its nose for a few seconds, which should help it swallow. Swallowing sometimes helps stop snorting.

How Do I Know If My Dog Has Allergies?

This usually takes some investigating and is best left for the vet to determine. As a pet owner, you can take videos and pictures of when your dog gets allergies, note what they may have eaten or smelled, and then forward this information to your vet.

Your vet may order laboratory tests such as blood work and x-rays, so be prepared for those procedures.

Leaping Dogs and Flying Discs: Teach Your Dog to Catch A Frisbee

That Belly Ain’t Gonna Rub Itself! What’s It With Dogs And Belly Rubs? 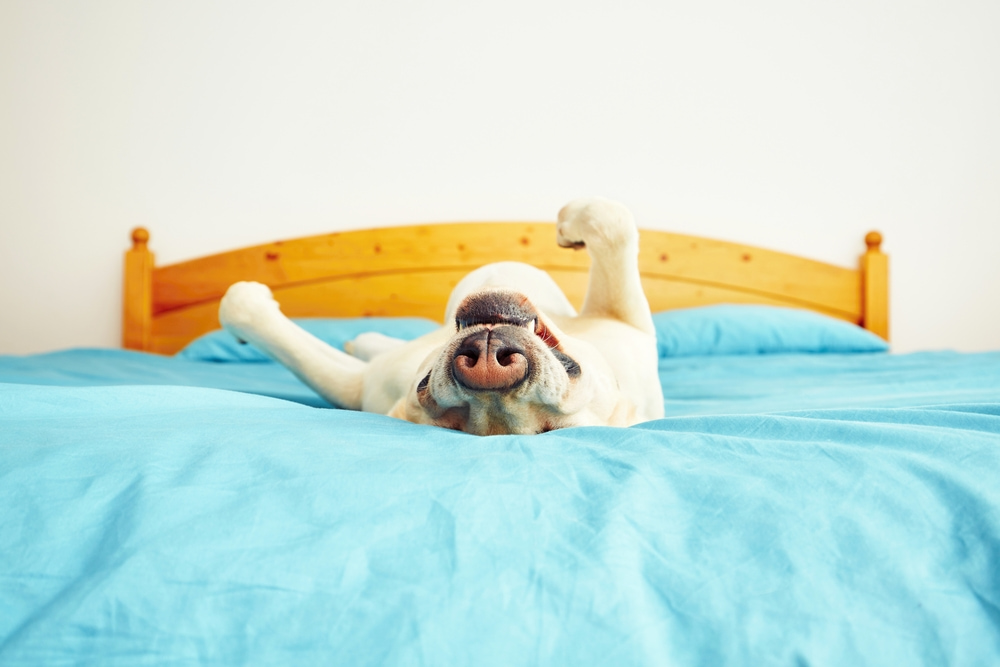 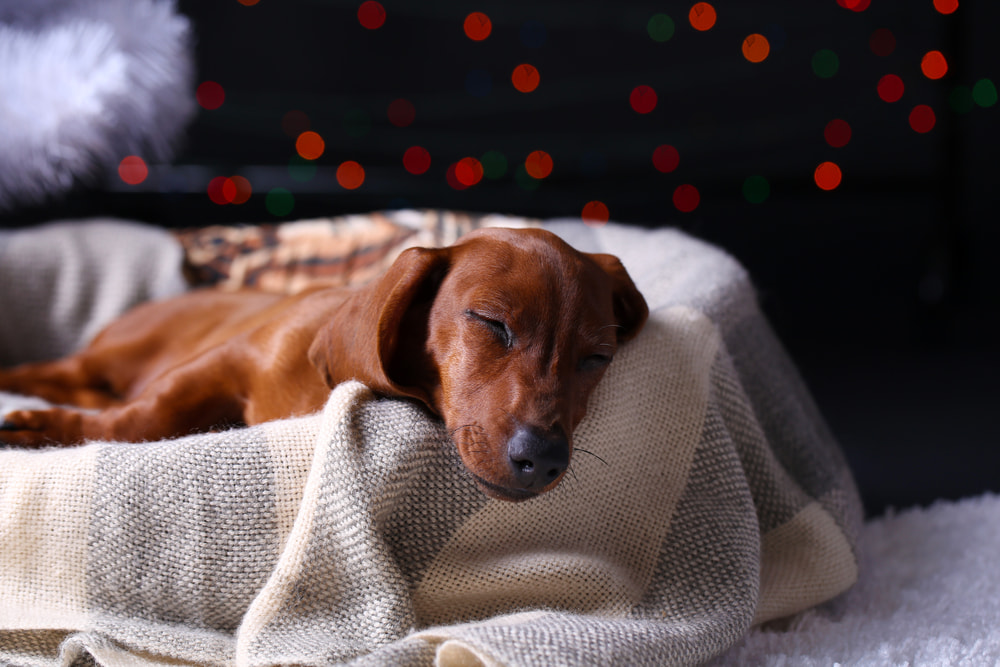 40 Winks Ain’t Enough For Your Dog