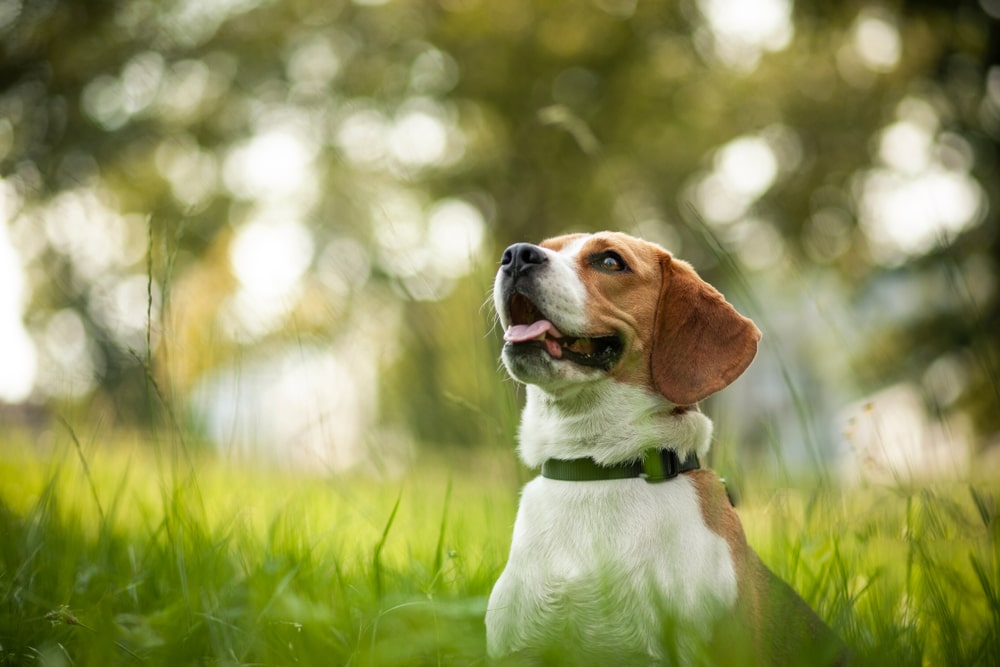 Is the Beagle your favorite dog breed?

If you are eager to know more about this beloved pet, check out these interesting facts about beagles that might just answer all your questions. From fun trivia to vital information, this list has it all.

Beagles are a popular dog breed for good reason. Their temperament and appearance make them a favorite house pet. Here are 100 interesting facts about Beagles and vital information that you need to know before adopting one. 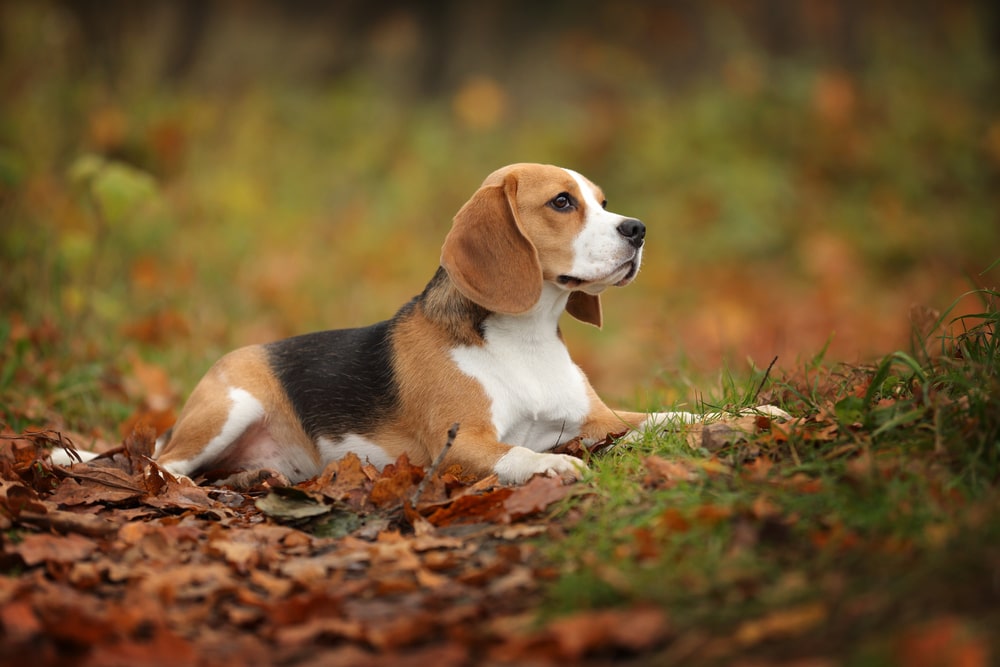 1. Beagles are hounds. They were originally bred for hunting. That’s also why they have strong prey instincts and a powerful sense of smell.

2. These medium-sized dogs usually weigh between 26 and 33 pounds. Male Beagles are slightly larger than female Beagles.

3. Beagles put on weight quickly if they don’t get enough exercise. A healthy Beagle is athletic, muscular, and strong despite a short stature.

4. Due to poor breeding practices, certain breeds including the Beagle are more prone to genetic health problems such as hip dysplasia.

5. Beagles are hyperactive dogs. It’s not that they have more energy, but that they burn it faster. 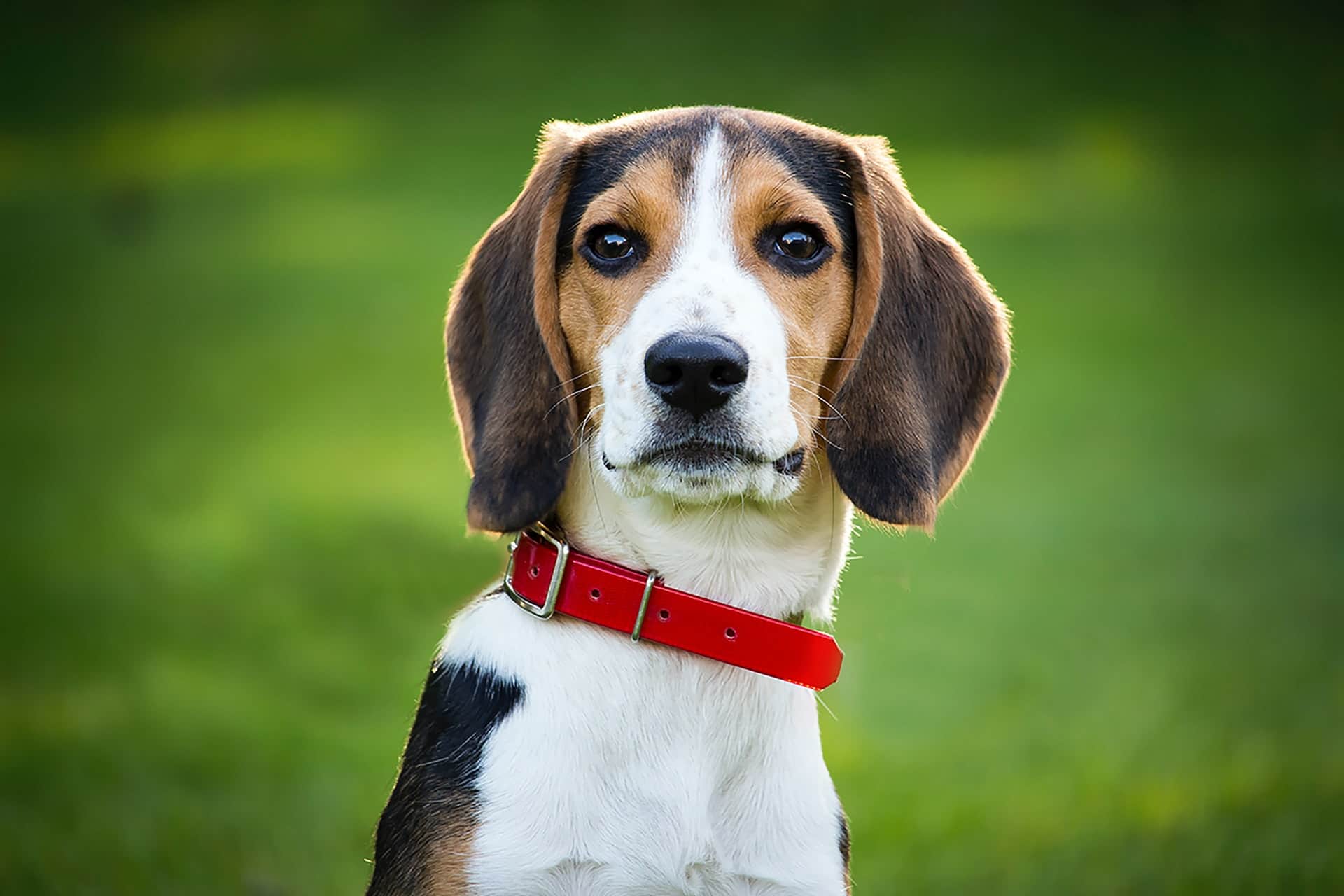 Now that you’ve covered the most interesting facts about beagles, lets look at some fun facts.

1. Beagles used to be one of the smallest breeds available. However, Beagles look far from pocket-sized when compared to the latest toy breeds and teacup dogs.

2. “Beagle” was a term used to refer to hound dogs. Today, it refers to the specific Beagle breed in the hound family.

3. Did you know the comic character “Snoopy” was actually inspired by a Beagle the author grew up with? Charles M. Schulz was paying tribute to Spike, his childhood pet.

5. Ever wondered what are Beagles famous for? Their powerful scent receptors are their claim to fame. They have around 220 million of them, which is 44 times that of any human. That’s also more than the average dog.

6. A Beagle’s olfactory node, the area of the brain dedicated to processing scent, is larger than that of most breeds.

7. Did you know that those large floppy ear flaps Beagles actually help them smell better? Beagles use them to create air currents near their nose, which carries more scent molecules.

8. Beagles are used in airports for detecting contraband.

9. Are Beagles fun dogs? All dogs are fun. But beagles are suited for all ages. They are kid friendly and they never get tired of fun and games.

10. Due to their stubbornness and susceptibility to distraction, Beagles have a reputation for being a challenge to train. However, Beagles are intelligent enough to understand their owners.

11. Research suggests Beagles are as smart as 2-year-olds. They can understand over 150 words and dozens of gestures. They can figure out how to open doors or use feeders themselves.

12. Beagles tend to get bored quickly. They tend to require constant diversion when they’re not asleep. Otherwise, they do naughty things to get your attention.

13. Even though the breed standard is a mix of black, brown, and white, Beagles come in all kinds of colors. These include black, lemon, mottled blue, or red.

14. One of the Beagle’s ancestors, the St. Hubert Hound, can be traced back to the 8th century.

15. Modern Beagles originated in England. They were imported in the 19th century.

16. The Beagle has ranked consistently in the top 10 most popular breeds in the United States for the past 30 years.

17. Beagles need to feel like they’re in a pack. Most dogs have a need for socializing, but the Beagle takes this to another level. On one hand, this means they get along well with other dogs. However, it also means they’ll suffer from separation anxiety if left alone.

18. According to most owners, the trick to dealing with Beagles is to give them plenty of exercise to tire them out. Afterward, they end up falling asleep so you can leave them alone for a few hours.

19. Beagles can produce a wide range of sounds to communicate their feelings. Over time, you’ll get the hang of what their barks mean.

20. Beagles don’t require much grooming. They shed a modest amount of hair and tend to have short smooth coats year round. 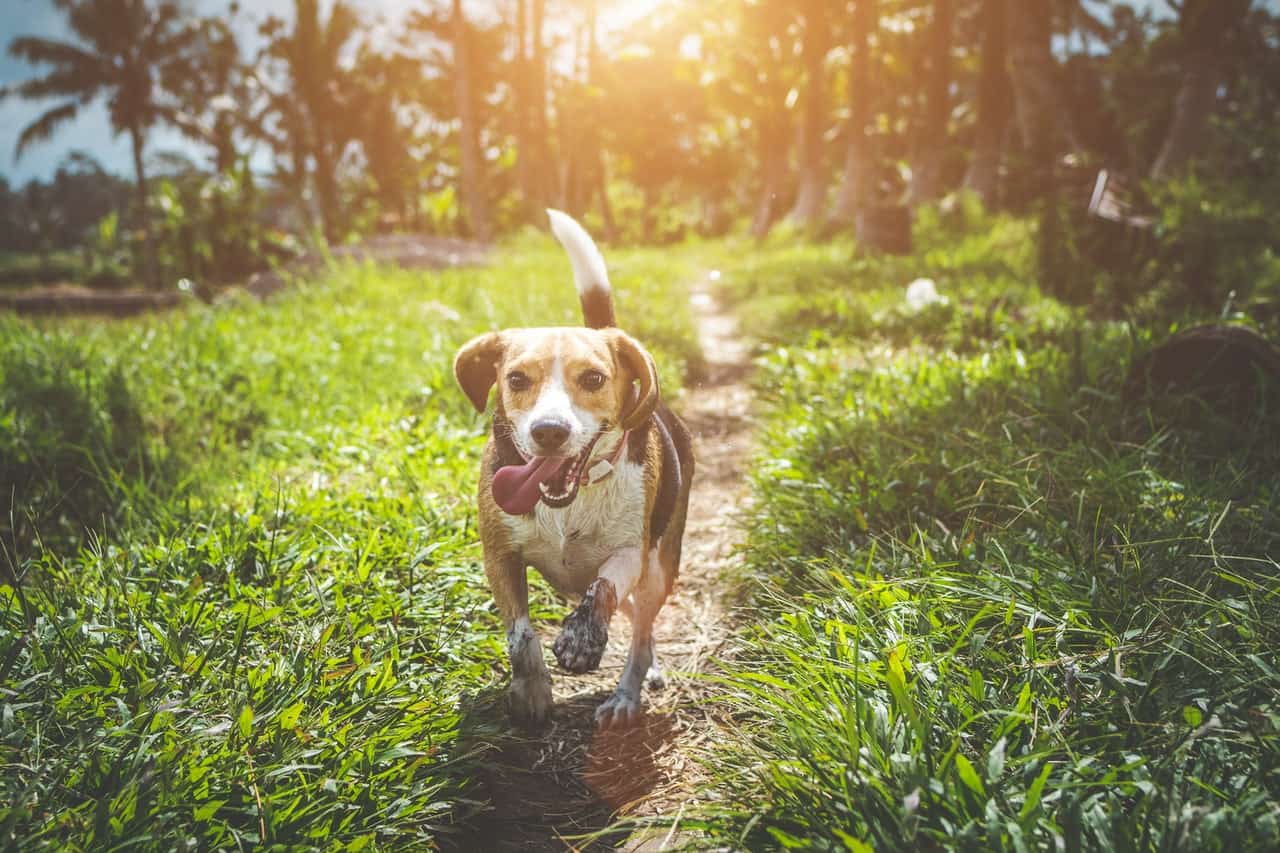 21. Beagles are natural escape artists. You’d be amazed at their ability to jump or dig to escape confinement.

22. Did you know that Gromit from “Wallace and Gromit” is a Beagle? This famous dog is portrayed as being mute yet loyal and clever.

23. Beagles can be trained to adapt to apartment life.

24. Beagles are often used as a parent for hybrid dogs. Breeders want to add their docility, playfulness, and sharp sense of smell to the genetic mix.

25. Beabull is a mix between a Bulldog and a Beagle.

26. Poogle is a mix between a Poodle and a Beagle.

27. Busky is a mix between a Husky and a Beagle.

28. Beagle Hound is a mix between a Basset Hound and a Beagle.

30. Cheagle is a mix between a beagle and a Chihuahua. 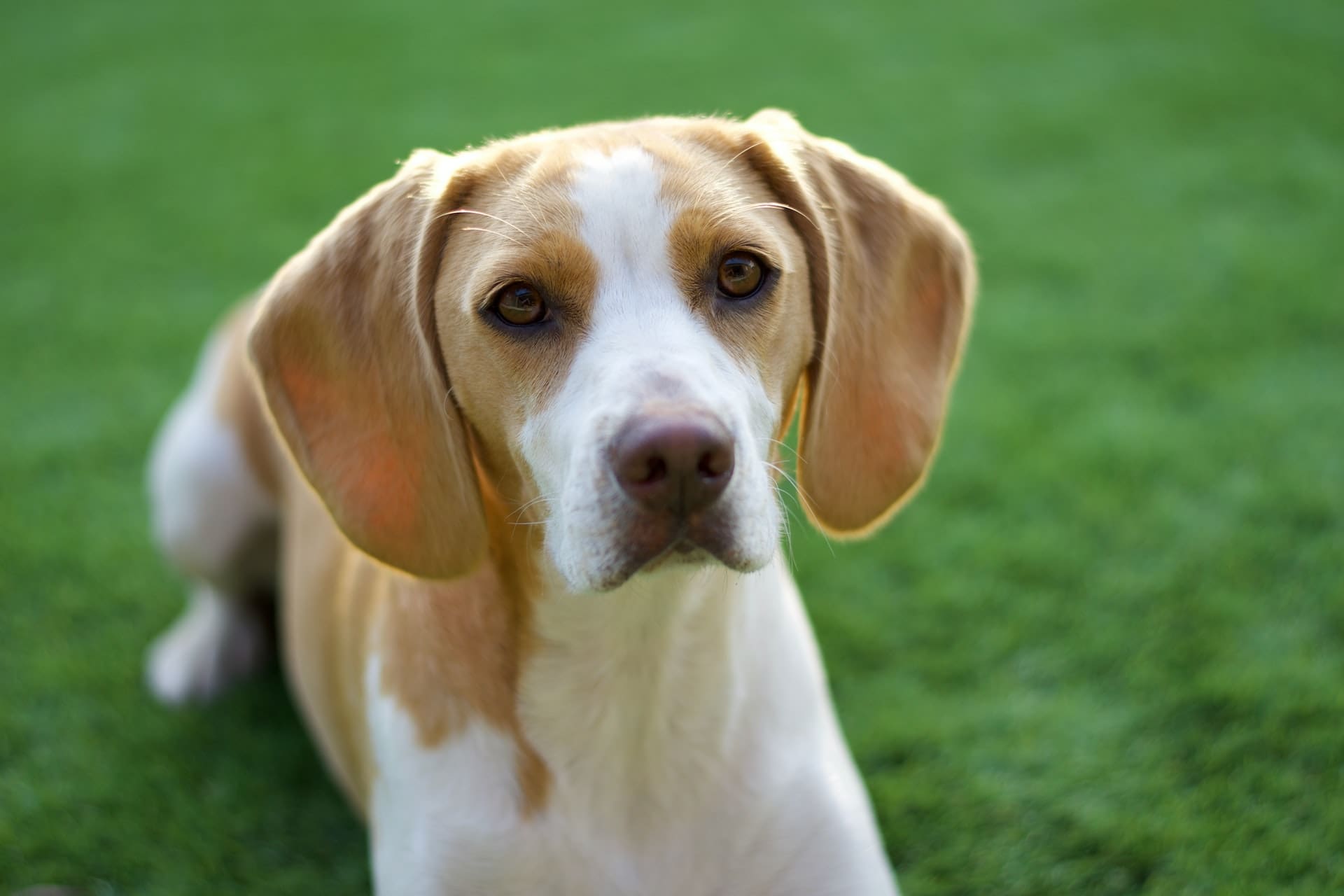 31. Sadly, Beagles are one of the most common dogs used for animal testing.

32. Beagles tend to pick up scents by pointing their nose to the ground. They’re not the best at detecting scents in the air.

33. Because of their irresistibly sweet faces Beagles are also known as “Begging-Look Dogs.”

34. There is a non-profit organization dedicated to rescuing and sheltering Beagles called SOS (Save our Snoopies). They have Beagle sanctuaries in New Jersey, Tennessee, and Alabama.

35. Lemon Beagles are the rarest of them all. They stand out because of their white fur, which has a lemonish tint.

36. Another rare variation is the Bluestick Coonhound Beagle.

37. Beagles tend to see all other animals as “friends” and rarely display any aggression. That’s why you don’t have to worry about your child petting a Beagle.

38. Queen Elizabeth I was fond of Beagles and had multiple pocket-sized dogs. She called them her “Singing Beagles” due to their high-pitched barks.

39. These Pocket Beagles were only 8 to 9 inches high.

40. Beagles started out small, but grew larger in size. They were originally bred for rabbit hunting. They are also used for fox hunting. 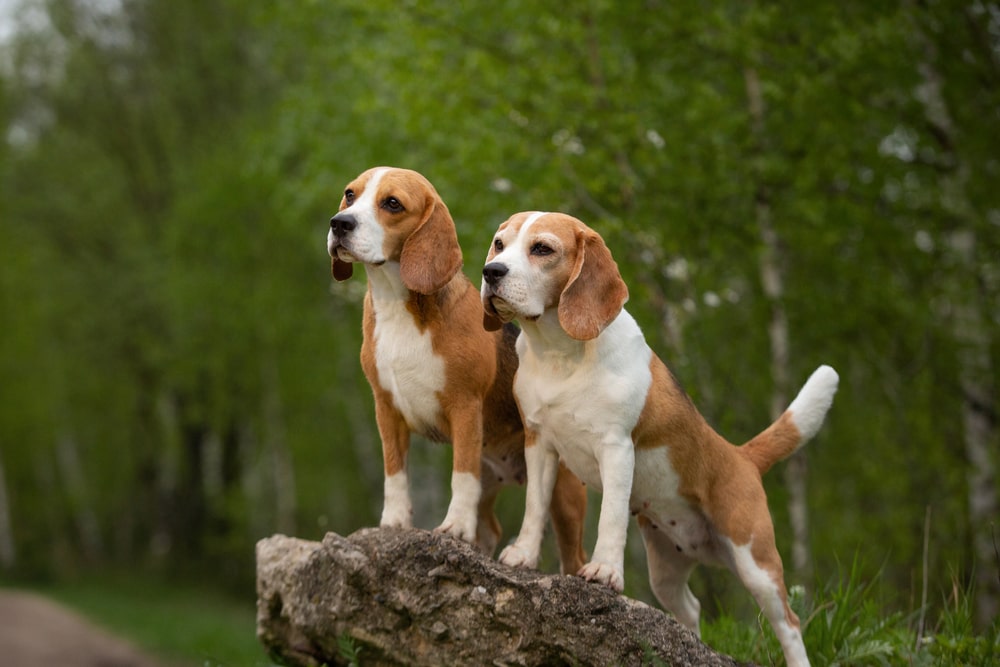 41. The concept of using Beagles to track down hares was called “Beagling”. It ended up becoming a popular sport.

42. The best way to breed healthy Beagles is to bring a large female together with a smaller male.

43. In the 1700s, Beagles almost went extinct because of the growing popularity of larger foxhounds.

44. The Patch Beagle is a special breed developed in 1880 to catch rabbits. They are incredibly fast.

45. The Kerry Beagle is one of the oldest surviving Beagle breeds in the world. It is native to Ireland.

46. Beagles bred for hunting are noisier than the ones bred for domestication.

47. The only dog breed to rival a Beagle’s sense of smell is the Bloodhound.

48. Beagles are used as bomb-sniffing dogs.

49. Beagles show little to no restraint when it comes to food. Owners must control their intake, lest they get chubby.

50. Beagles are notorious for raiding the pantry. If you own a Beagle, you should store edibles far from its reach. 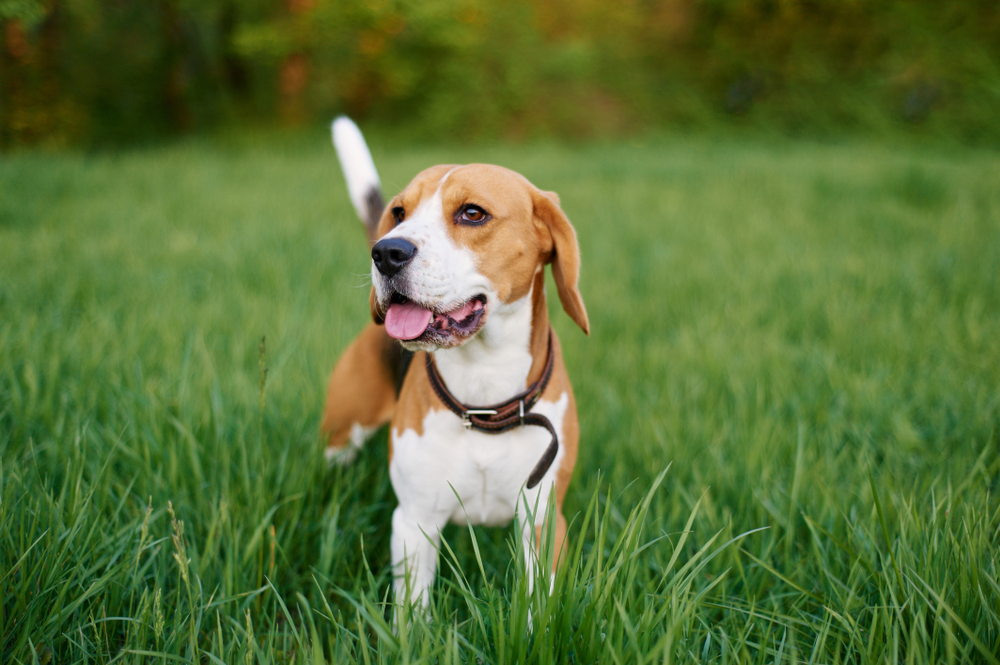 51. You can tell a purebred Beagle by its white-tipped tail. Mixed breeds tend to have colored tails.

53. The average Beagle barely has a noticeable odor.

54. President Lyndon Johnson was yet another politician with a fondness for Beagles. He kept two in the White House during his presidency.

55. A Beagle left alone for too long can end up causing a lot of destruction. It might be better to get two so they can keep each other company.

56. Beagles receive mental stimulation by sniffing all kinds of things.

57. Beagles love to wander, so you have to keep them contained with a yard fence.

58. Sometimes, Beagles are too friendly for their own good.

59. A Beagle’s excessive friendliness makes it a poor guard dog. Your pet can alert you to intruders with its howls, but it will likely befriend the stranger.

60. Beagles are highly submissive. They won’t protect you from immediate threats. 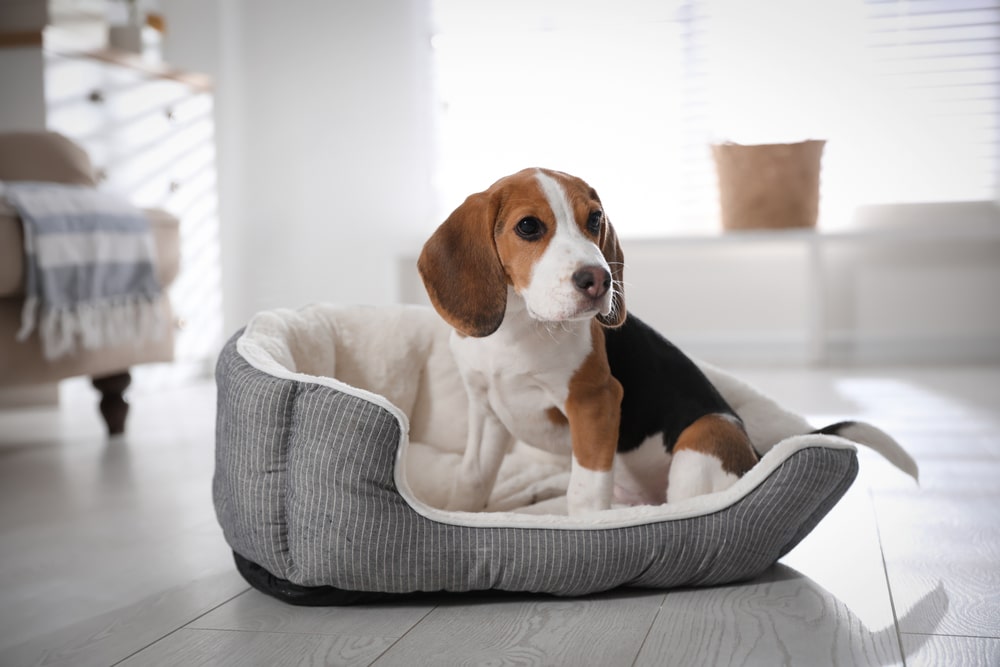 61. In 2014, the state of Minnesota became the first to pass the “Beagle Freedom Bill” for dogs in research laboratories.

62. Wondering what makes Beagles happy? Put mental stimulation and the great outdoors on your list. Go on a hike where it can track new scents, and you will bring home a satisfied pet.

63. Beagles may be docile, but they can fight back when threatened. Pain triggers aggression in all canines.

64. Most Beagles tend to have chestnut brown eyes.

65. The world’s largest single-breed dog walk took place in the United Kingdom in 2018. It included 1,029 Beagles.

66. As of 2018, the most viewed animal on YouTube was Maymo. This Lemon Beagle had nearly 700 million views and was one of the most famous dogs on YouTube.

67. The modern day Beagle breed can be traced back to William the Conqueror. He brought a Beagle ancestor, the Talbot Hound, to Britain.

68. On average, a female Beagle can give birth to about 6 puppies.

69. Beagle pups only weigh a few ounces at birth.

70. Beagles mated between the ages of 2 and 5 are more likely to produce a large litter. 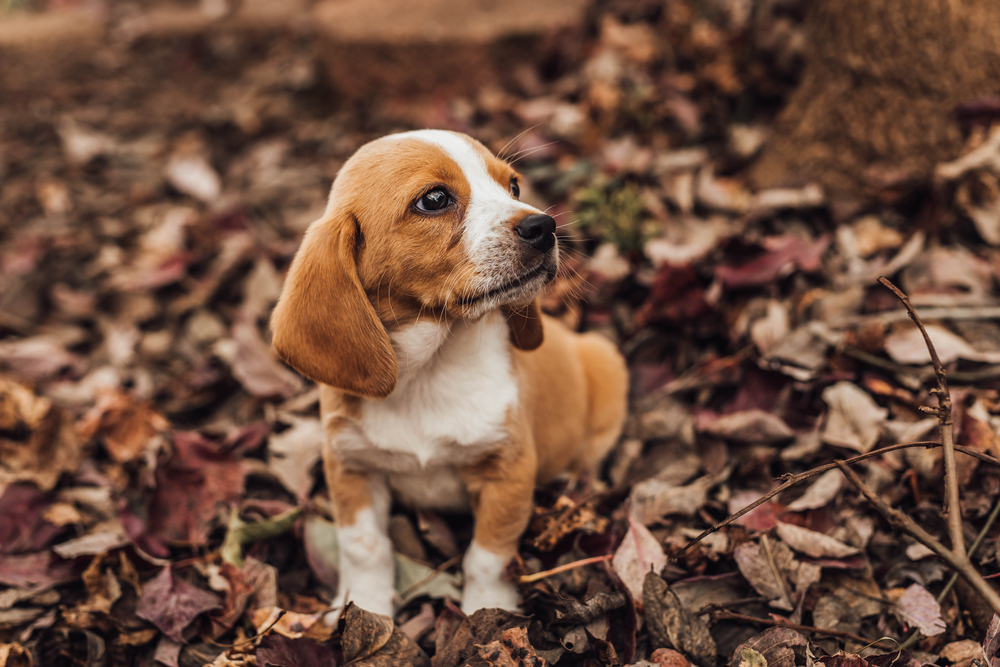 71. Beagles are sensitive creatures and prone to depression.

72. Some believe that beagle’s ancestors can be traced to Ancient Greece.

73. Beagles are more popular in North America than in the UK.

75. Beagles tend to become clingy once they develop a bond with their owners. They suffer from separation anxiety whenever their owners are away.

76.  Breeders prize Beagles for their superior olfactory senses. But Beagles are loved by pet owners because they quickly form attachments.

78. Beagles have a reputation for running away. It’s not because they dislike you. Its just what they were bred for.

79. Because of their stubbornness, Beagles take longer to train than other breeds.

80. As cute as they are, young Beagles need negative feedback for bad behavior. If not trained properly, bad habits developed in puppyhood will carry over into adulthood. 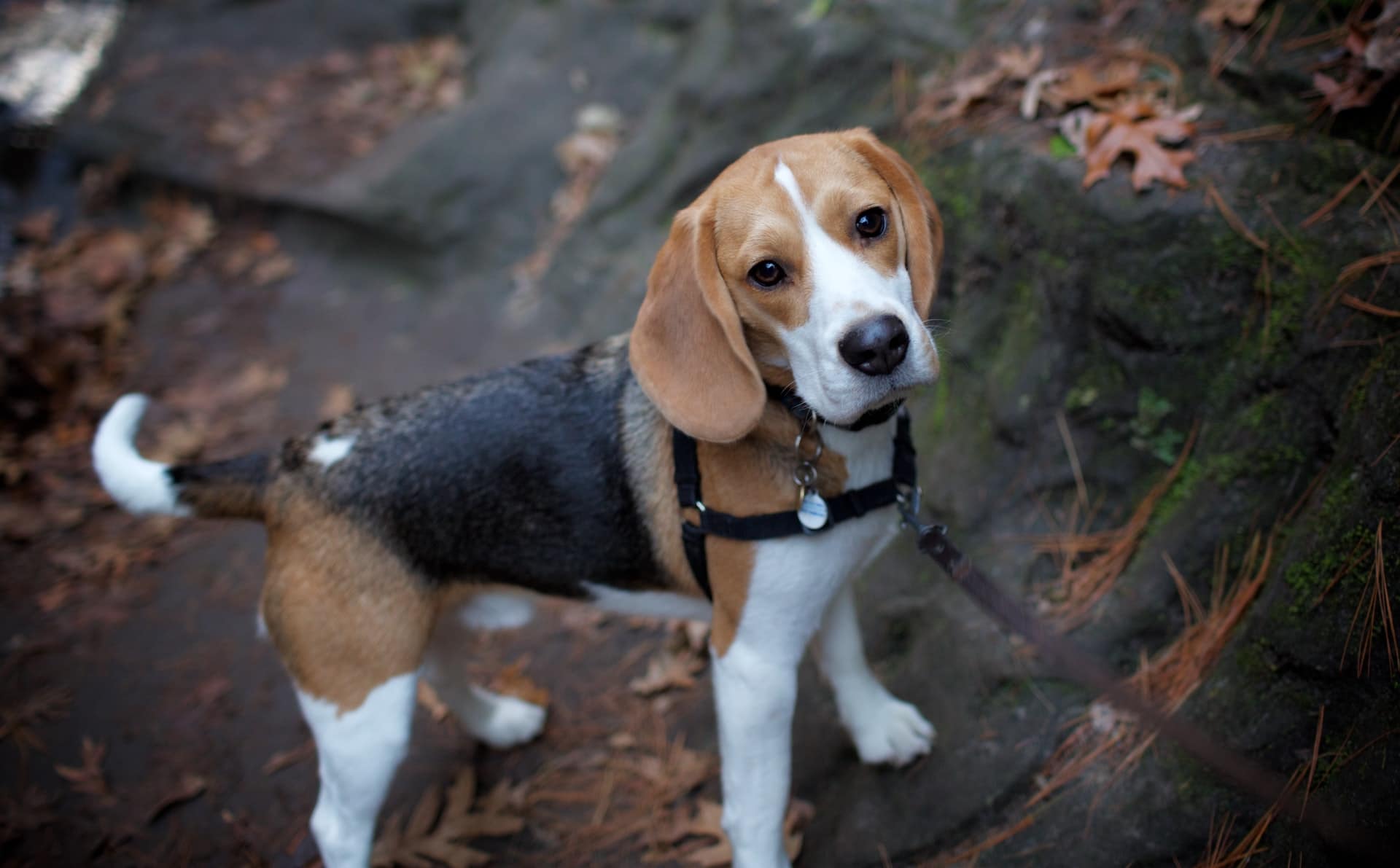 81. The American Kennel Club recognizes two different Beagle categories based on their size. The 13-inch category includes dogs shorter than 13 inches, while the 15-inch category encompasses dogs between 13 and 15 inches.

82. Pocket Beagles are not recognized as a breed.

83. The Beagle was cross-bred with the Scottish Terrier to get a more obedient dog with tracking capabilities. The resulting dog had these traits but was too small to carry a hare.

84. Beagles have a mellow temperament.

85. Beagles can smile, and it’s beautiful.

87. Beagles can reach speeds of up to 20 mph, which is almost as much as the fastest human alive today. That’s Usain Bolt, who holds the record at 27 mph.

88. Beagles are unexpectedly good at digging.

89. A wet nose helps a Beagle attract and hold scent molecules to register them fully.

90. Beagles can pick up to 50 distinct odors within each sniff. They are able to remember and differentiate them for the future.

93. Beagles have one of the lowest bite forces of all the canines, which makes them poor fighting dogs.

94. Beagles often tussle with cats, which are territorial creatures. A Beagle will take time and maybe a few scratches to understand that.

95. Beagles help in comforting people in therapy, hospitals, retirement homes, and disaster areas due to their cheerful nature. 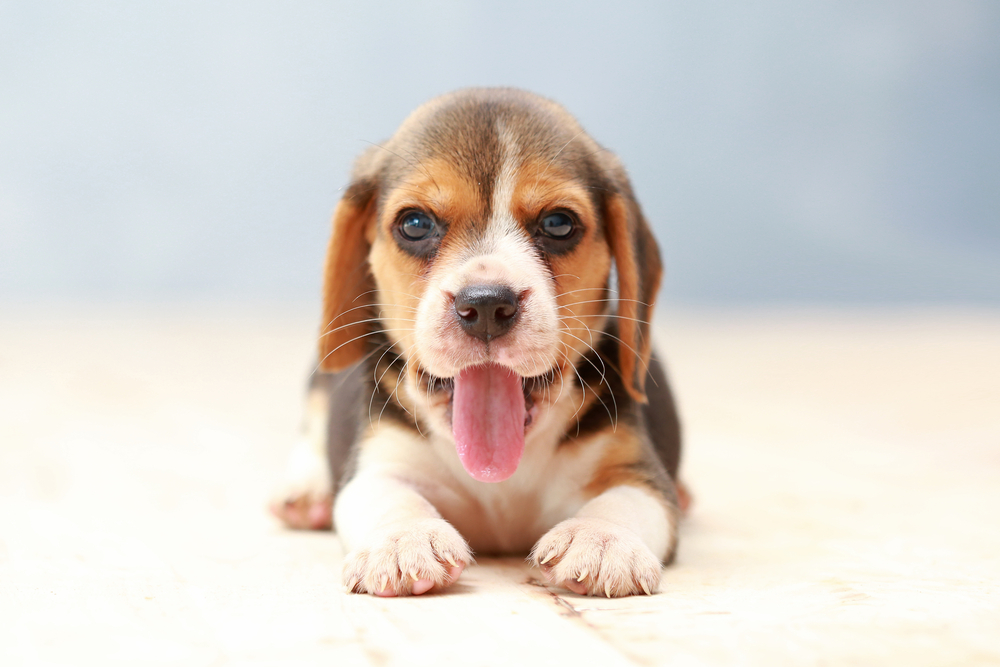 As promised, that’s an astonishing 100 interesting facts about Beagles. Hope you found this list both informative and entertaining to read. Are you planning to adopt this breed?

Remember that it takes effort to train Beagles, but none whatsoever to earn their love.

Can My Dog Drink Milk? 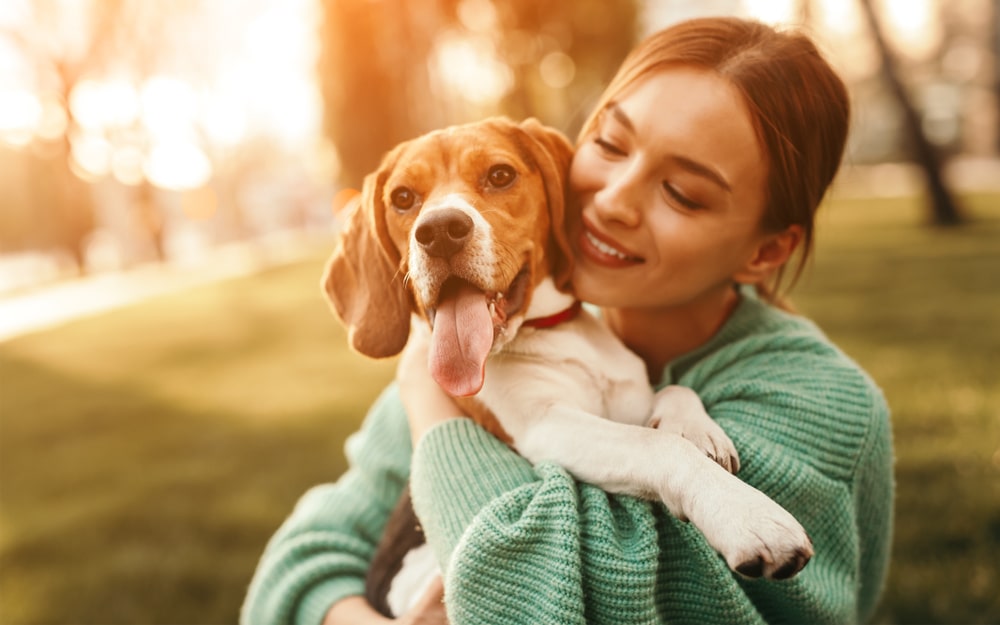 Beagle Behavior Problems And How To Calm Them 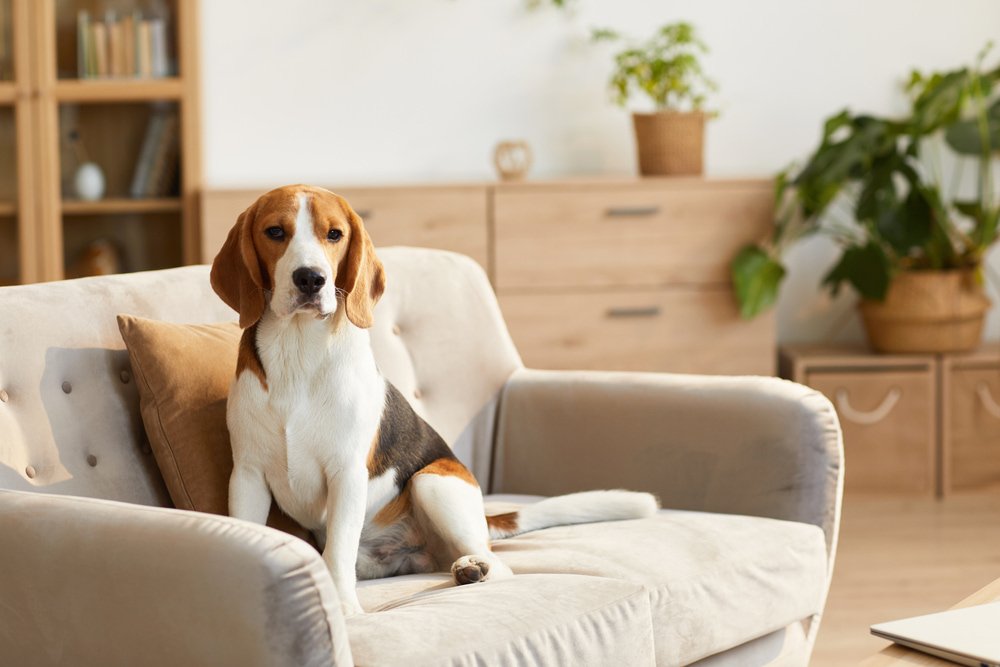 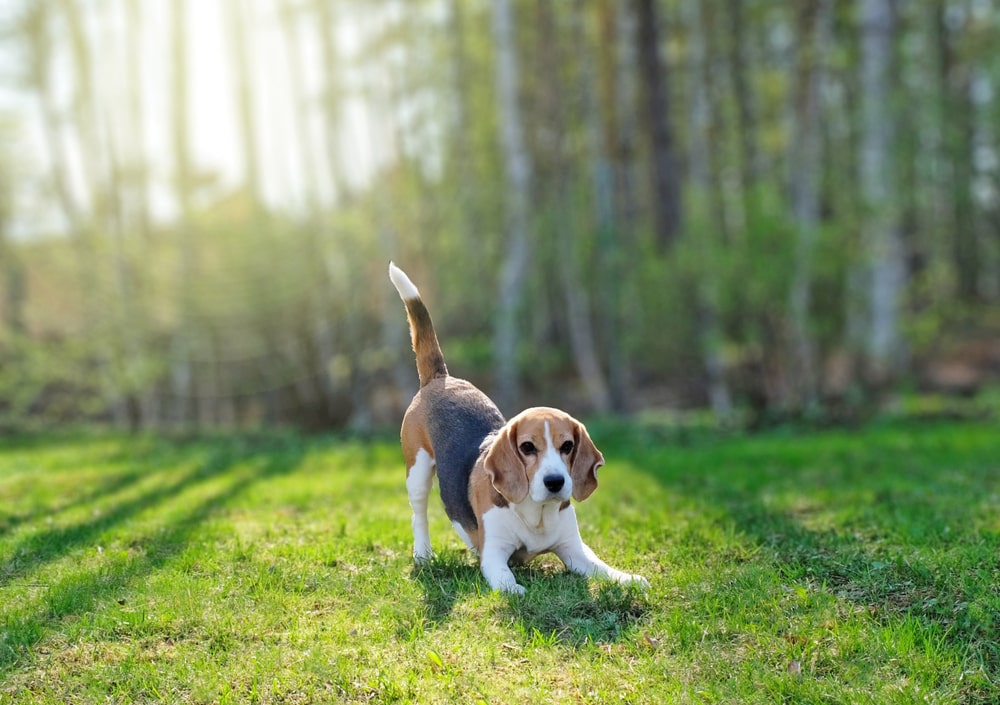 How Long Do Beagles Live In Human Years?